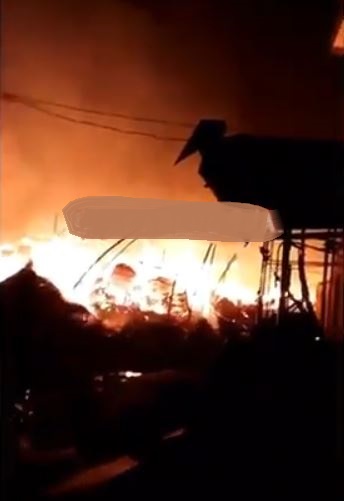 According to Punch Metro, residents and traders were thrown into panic on Saturday when fire gutted the Amu timbre market in the Olorunshogo area of Mushin, Lagos State.

The fire, which started around 1am is still raging as of the time of filing this report, The PUNCH reports.

The Acting Head, Lagos State Fore Service, Margaret Adeseye, who confirmed the incident, said, "We are still trying to put out the fire.

"We received the call around 1am and as I speak to you, the fire is raging. No casualty has been recorded and we are yet to ascertain the cause of the fire incident."

Watch a video of the fire below: