A tricyclist and a Police DPO have engaged each other in a fight after the former allegedly bashed the car of the later. 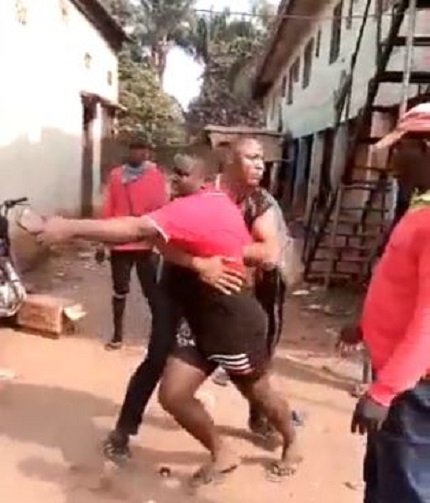 DPO fighting with a tricyclist who bashed his car

A Facebook user named Frankline Tonichukwu Ibe posted a video showing two people fighting with one of them identified as a DPO in Uratta, the Owerri North LGA headquarters.

It was gathered that the tricyclist allegedly bashed the police officers car which then led to an argument. The incident then resulted in a fight after the officer tried to arrest the  cyclist and take him to the station.

This is the type of police that protected Imo state supreme Court Governor the 388 pulling unit fake result shit.

This can only happen in Nigeria.