A young lady who was jilted by her boyfriend has tried to kill herself in Port Harcourt, Rivers state. 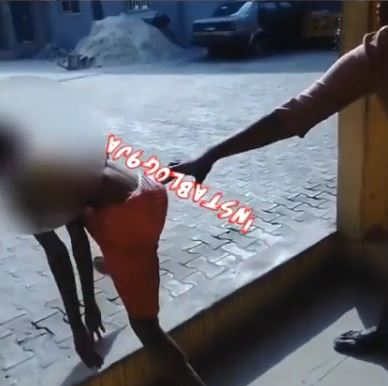 She tried to kill herself

A heartbroken lady, identified as Onyechi, has been rescued after she tred to kill herself.

The young lady was prevented from throwing herself in front of speeding vehicles in PortHarcout, River State.

According to an eyewitness, Mercy, the lady was dumped by her boyfriend for another lady. Unable to stomach the breakup, Onyechi allegedly gulped a large quantity of dry gin.

She then proceed to the main road to throw herself in front of moving vehicles.

She was, however, rescued and dragged to the Ada George Police station, where her family members were contacted.