Nigerian singer, Burna Boy has been spotted performing at the Grammy reception ahead of the main event. 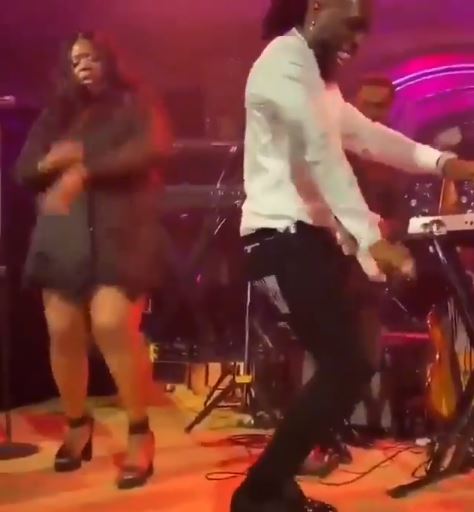 Popular Nigerian artist and Grammy Award nominee Damini Ebunoluwa Ogulu, professionally known as Burna Boy, has been seen performing at a reception ahead of the 62nd Grammy Awards.

The talented singer was spotted on the staged dancing excitedly with his band as they performed for the audience.

The singer was nominated in the category alongside Angelique Kidjo, Nathalie Joachim With Spektral Quartet, Bokanté & Metropole Orkest Conducted By Jules Buckley and Altin Gün.

The award ceremony will take place on Sunday, January 26, at Staples Center in Los Angeles, California.