Ekpenyong, shortly after being declared winner of the Rerun election by INEC Returning officer described his victory as an ‘Act of God’. 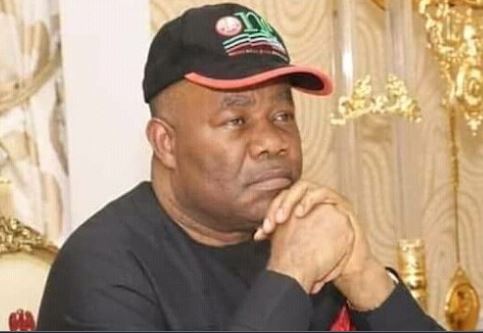 However, the scores indicate that senator Akpabio who is currently the minister of Niger Delta Affairs won Ekpenyong only in his own ward, Ukana West ward2 with a total of 762 votes while Ekpenyong scored a total of 620 votes.

And for the House of Representatives seat, Nsikak Ekong of the PDP won with a total of 45, 366 votes while Emman Akpan of APC scored a total of 22,759.

Similarly for the State Assembly Re-run poll, Esse Umoh of the PDP won with a total of 18, 999 polls while Nse Ntuen of the APC scored 7,108.

“I thank God the giver of victory for seeing me through the entire political debacle since September 2018. My victory has put agents of darkness to shame.”

The successful candidates are just waiting for the formal declaration of the results by the Resident Electoral Commissioner.