The Gunners will have to pay 7.5 million pounds ($10m) to land the centre-back at the end of the campaign. 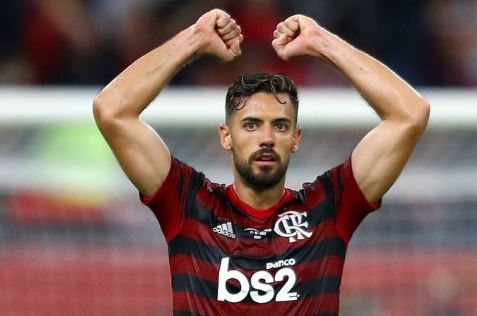 Flamengo centre-back will join on loan with option to buy.

Arsenal will sign Flamengo defender Pablo Mari on loan with an option for a permanent deal, The Daily Mail says.

The Gunners will have to pay £7.5 million ($10m) to land the centre-back at the end of the campaign.

Mari, 26, helped Flamengo to a league and Copa Libertadores double last year and was named in the Serie A team of the year.

Manchester United are still short of Sporting CP's asking price for Bruno Fernandes after offering £46 million for him. Sky Sports reports the Red Devils are still in talks with the Portuguese side, who are holding out for a big price for their star player.

Ole Gunnar Solskjaer has been assured that his job at Manchester United is safe, reports the Daily Star.

The Norwegian has seen questions asked of his future, but sacking him and appointing Mauricio Pochettino in his place is considered to be too expensive.