BBNaija star, Omashola has talked about how he met with the late NBA legend, Kobe Bryant in South Africa. 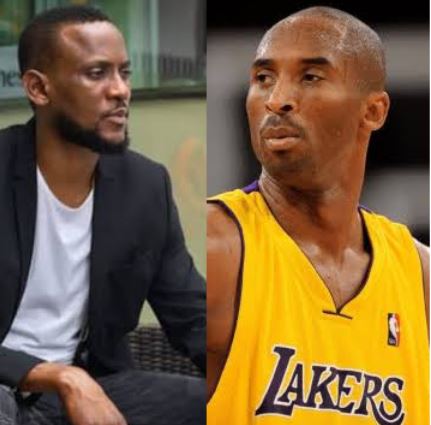 Big Brother Naija's Omashola has said he hasn't been able to comment on the death of Kobe Bryant because he's been in tears, considering the fact that he's met the basketball legend in person.

He narrated to his followers how he met Kobe at the 2010 World Cup in South Africa. He said he was working in a club as a waiter and his boss asked him to attend to the people at a table. On getting there, he saw that Kobe Bryant was one of those there and he asked if he could get a picture.

He said Kobe declined to take a picture but offered to sign his autograph.

He added that he kept the paper with the autograph for a long time until it began to fade.