An old video has emerged showing Kobe Bryant talking about when he met a young Lionel Messi. 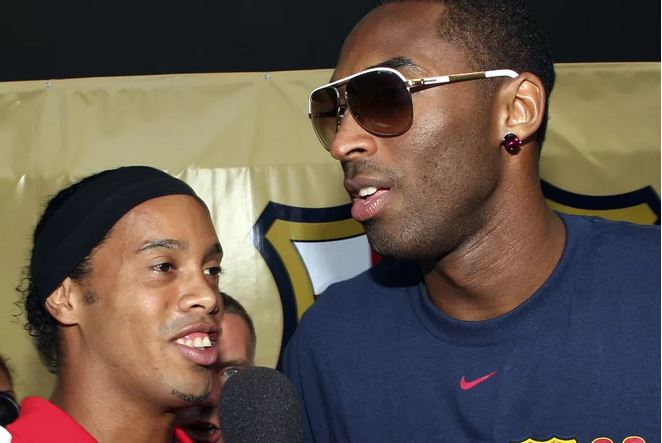 The death of NBA great Kobe Bryant has shocked the sports world.

Lionel Messi and several Barcelona players sent tributes to the late basketball star. While some talked about him purely as an icon, others, such as Messi himself, spoke about someone they knew personally.

Bryant himself was an avid football fan and in particular of FC Barcelona and AC Milan. He became friends with Ronaldinho around the time the Brazilian established himself as the best player in the world playing for Barça.

The former Laker once recalled when Dinho gave him what, at the time, was a shocking introduction.

“A long time ago, right? Barcelona came to Los Angeles. Ronaldinho was a friend of mine; I was speaking to him. He told me, ‘Kobe, look, I’m going to introduce you to the player who will be the best player of all time.’”

Ronaldinho was a phenomenon at that time. He won the 2002 FIFA World Cup with Brazil, and later La Liga in 2004 and 2005, the Ballon d’Or in 2005, and then the UEFA Champions League with Barcelona in 2006. Bryant, for his part, was a three-time NBA champion at the time, and already considered one of the best basketball players ever.

A shocked Bryant replied, “What? You are the best.”

But Ronaldinho insisted, according to Bryant.

Reflecting at a later date on Messi, Bryant had this to say: “I think he’s one of the best athletes of all time. The tenacity, the intelligence with which he plays, as well as skill, puts him head and shoulder above the rest.”