A Nigerian kickboxer has brilliantly disarmed a suspected armed robber who tried to break into his house in Port Harcourt. 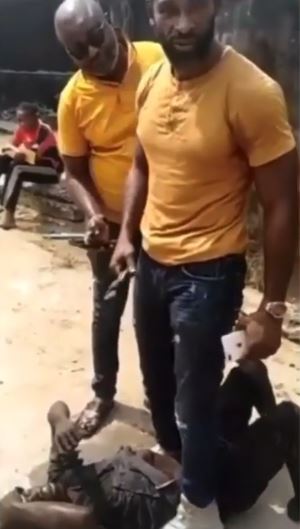 A Nigerian kickboxer has demonstrated immense gallantry by disarming a suspected armed robber.

The kickboxer identified as Agamaye Rowland is aid to have disamed the suspected robber in Port Harcourt, Rivers state.

Agamaye explained that he caught the suspected robber trying to break into his house and when confronted, the robber tried to stab him with a knife.

The kickboxer promptly got into action and stopped the suspect, attracting serious attention on the process.

It is not clear if the robber has been handed over to the police just yet.