Secondus said that the ultimate objective of the Buhari-led All Progressives Congress, APC, Federal Government was to foist a one party state on Nigeria. 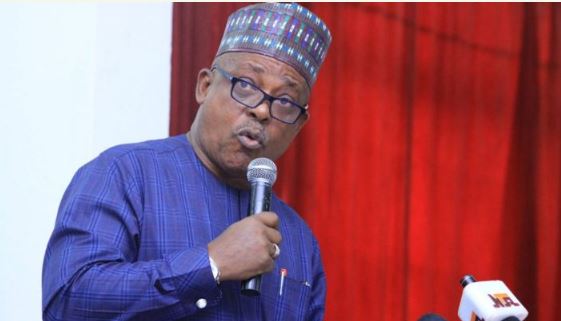 The National Chairman of the Peoples Democratic Party, PDP, Uche Secondus, has raised the alarm that the country was tilting towards a full blown dictatorship under the administration of President Muhammadu Buhari.

Secondus said the PDP, after extensive consultations with legal experts, had decided to fully back Emeka Ihedioha, the sacked governor of Imo State, as he returns to the Supreme Court to seek a review and possible reversal of the January 14 judgement.

“We are highly optimistic that the Justices may bow to superior reason and reverse themselves by returning the mandate to the PDP,” Secondus said.

The PDP Chairman said this in his speech before the party’s National Executive Committee, NEC, meeting went into an executive session on Monday.

Secondus said that the ultimate objective of the Buhari-led All Progressives Congress, APC, Federal Government was to foist a one party state on Nigeria.

The Rivers-born politician further stated that the NEC meeting, which is the second within ten days, was to enable the PDP look into current political situation in the country.

“The landmines laid by the ruling All Progressives Congress against democracy in our beloved country are exploding and the consequences are confronting us.

“When President Muhammadu Buhari and his party began the process of muzzling the other arms of government, our party cried out and alerted the nation and indeed the international community of the brewing dictatorship.

“Here we are watching helplessly as the legislature and the judiciary are put right in the pocket of the executive, an anomaly in a democracy that makes nonsense of the separation of power that is beautifully enshrined in the rule book to check the excesses of each arm of the government.

“At the NEC meeting ten days ago, we briefed you about the judicial abracadabra where the apex court in the land, the Supreme Court, delivered a bizarre judgment on Imo State where it took our PDP’s governorship victory and handed it over to the APC candidate that came fourth.

“All of these should worry us because no democracy strives if the legislature and the judiciary are caged as we can see.

“We are witnesses to the emerging dictatorial tendencies in our dear country. As we all can see, a dictator is not just on the way but has arrived at the scene already. They have rolled out the process of establishing a one party state so as to pave the way for a full blown dictatorship.

“To allow them have their way is to abdicate our responsibility as an opposition party who has made enormous sacrifice for democracy to blossom in our country.

“We have, therefore, called you today to deliberate critically on the state of democracy in our land to draw up far-reaching decisions that must help check the growing excesses of the ruling APC. Even the Presidency has abandoned governance amidst mounting problems and indulges in attacking us but we are not deterred.”