Nigerian singer, Darey Art Alade has raised alarm about an open manhole that poses a threat to lives on a Lagos bridge. 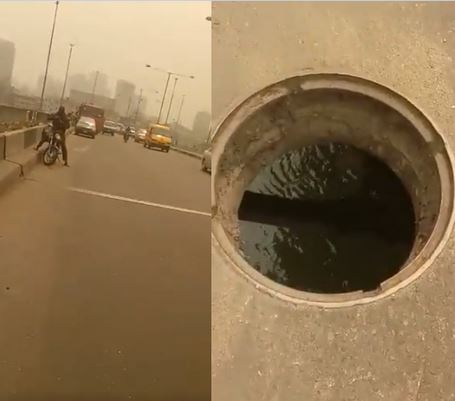 Nigerian singer, Darey Art Alade shared a video of an open manhole on the Idumota bridge that poses a threat to lives.

The hole had nothing covering it and there was no sign warning of its presence.

What makes it more dangerous is the fact that the hole leads into the Lagos Lagoon. Anyone who mistakenly falls into it will likely be swept away.

He said the manhole is on Idumota bridge, inward from Iddo market. He called the attention of the Lagos state governor by tagging Babajide Sanwo-Olu's official Twitter account.