Nigerian feminist mocks Muslim women who want to remain the only wife even though Islam allows men to marry four wives. 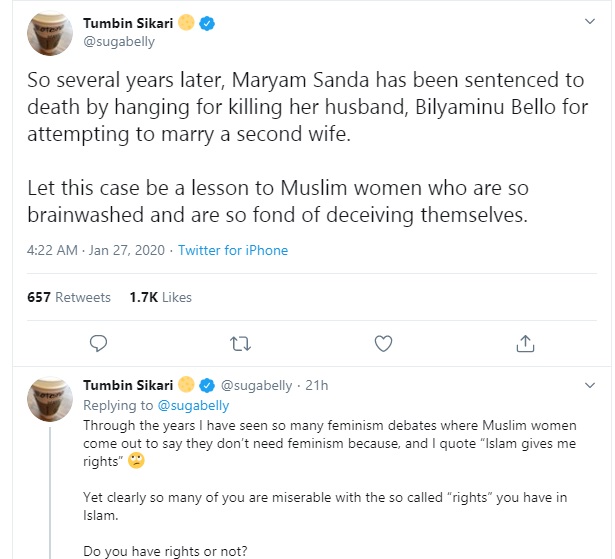 In the wake of Maryam Sanda being sentenced to death by hanging for killing her husband and son of former People's Democratic Party Chairman Bilyaminu Bello, a Nigerian feminist has taken to Twitter to mock Muslim women who want to remain the only wife even though Islamic marital jurisprudence allows Muslim men to be married to multiple women, a practice known as polygyny.

@Sugabelly alleged that she has witnessed several feminism debates in which Muslim women affirmed that they don't need feminism because "Islam gives them rights".

The Twitter user averred that like Maryam Sanda, many Muslim women desperately want to be the only wife even though their religion does not afford them such rights. 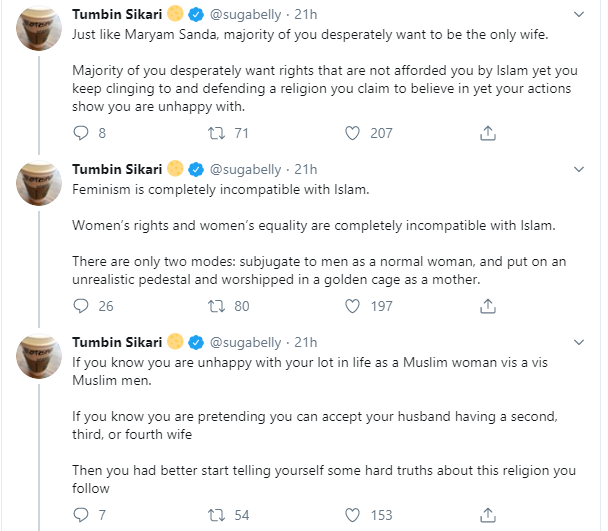 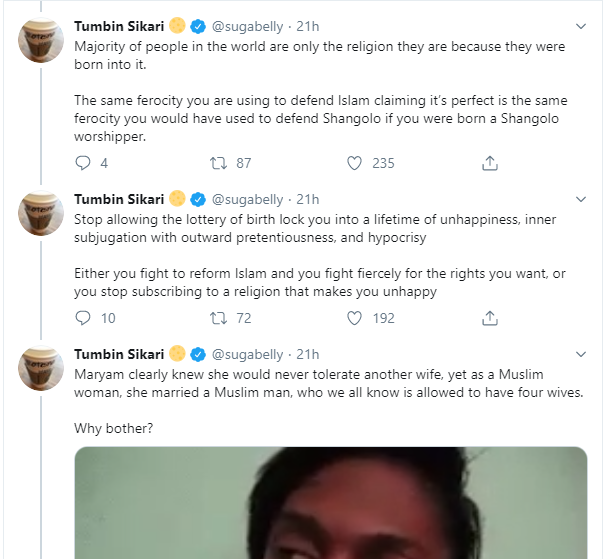 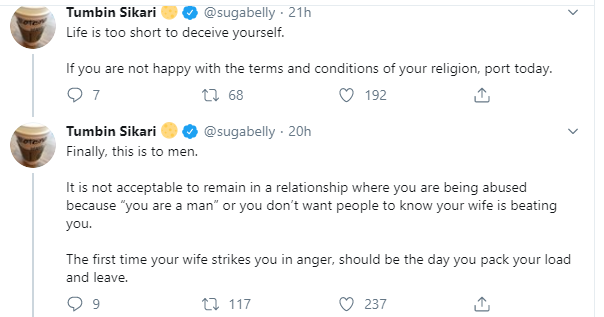