A 37-year-old man has been sentenced to life imprisonment for raping his underaged niece. 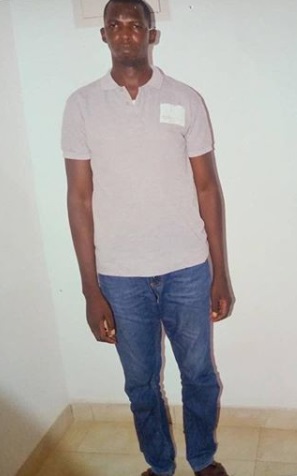 A federal high court in Abuja on Tuesday January 28, handed a life sentence to a 37-year-old man found guilty of raping his 17-year-old niece.

The convict identified as Francis Yusuf Kyamang, was arrested by operatives of the National Agency for the Prohibition of Trafficking in Persons (NAPTIP) on 13th September 2019, following the completion of the agency's investigation into the incident.

NAPTIP's spokesperson,  Stella Nezan said the suspect raped his niece after he questioned her on being a virgin. He reportedly flogged her after using a cloth to cover her mouth when she cried out to get help from their neighbours.

“It was an end of the road for an Abuja based Public Servant, Mr. Francis Yusuf Kyamang of SS Quarters, Jikwoyi, as a Federal Capital Territory High Court sitting in Jabi, has sentenced him to life imprisonment for raping his wife’s niece and further assaulted the victim after the abominable act.

“The latest development came on the heels of the conviction of another four human traffickers by a Federal High Court siting in Enugu for trafficking of minors for labour exploitation and other hazardous activities.

“Report indicated that the victim, a 17year old Secondary School leaver, was hired by the wife of the convict to temporarily assist in taking care of her baby having gained admission to one of the Universities in Kaduna.

“In her testimony, the victim said on the fateful day, she dropped her niece in school, got back home and met her uncle (the Convict) at home which she found to be strange. Her uncle (the convict), asked her series of questions regarding her NECO exams which she answered. He further went ahead to ask if she had a boyfriend in the village. The victim said she does but they are just friends and the uncle asked if she was still a virgin whom she confirmed to him she was. Next, he grabbed her, unzipped her dress and forcefully penetrated her virginal.

“All her efforts to scream and alert neighbours were abortive as he used a cloth to cover her mouth. After raping her, he later flogged her and locked her up in the house. The medical report also showed that she was limping and her hymen had been tampered with.

“In her reaction, Director General of NAPTIP, Dame Julie Okah – Donli, who commended the Judge for the brilliant judgment delivered in the case also hailed the legal team of the Agency for the diligent prosecution of the case.

“I am particularly happy that justice has been adequately served in this matter. This will serve as a deterrent to other persons and potential rapists who take delight in defiling our children. Like I said recently, this year will be hot for rapists and human traffickers in the Country.

“We cannot afford to fold our hands while some unscrupulous persons continue to jeopardize the future of our children. They deserve protection and care rather sexual harassment.

“I specially appreciate the collaboration of all stakeholders in this case. With this development, his name will automatically feature in the newly launched Sexual Offender Register."