A popular Ghanaian lady who is known for her flamboyant lifestyle has been confirmed dead after her friends claimed she was allegedly used for money ritual. 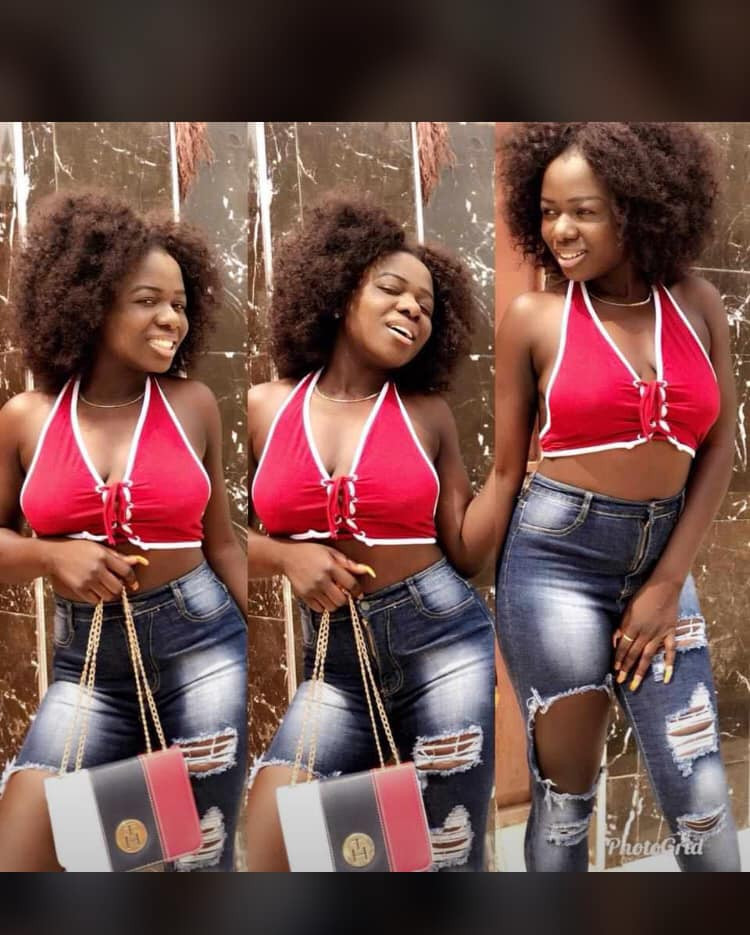 Slayqueen who was allegedly killed and used for money ritual

A Ghanaian lady popularly known as "Hajia Pussy" or "Queen of Dicks," has been found dead after her friends went in search of her.

It is speculated that the Ghanaian lady who is popular on Snapchat for her flashy lifestyle, was used for rituals by suspected internet fraudsters.
,
Friends close to the deceased, alleged that she had been crying over a severe headache since December 2019. According to reports, the lady who believed she was used for rituals by one of her clients, visited spiritualists for help after hospitals she visited could not help.

She was however found dead in her room on January 26.

Friends of the deceased have already taken to social media to pen down tributes to her. Here are some below; 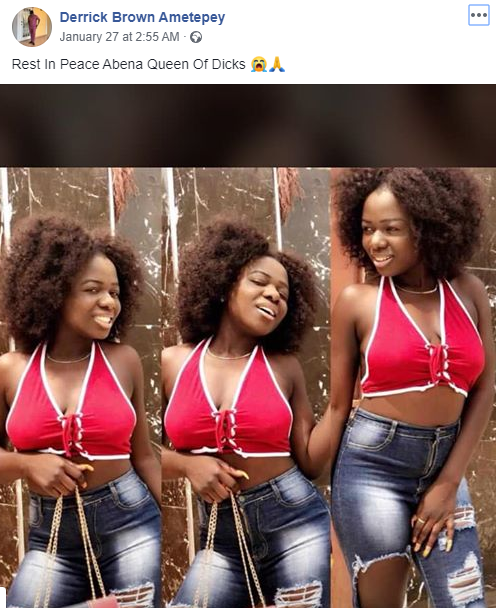 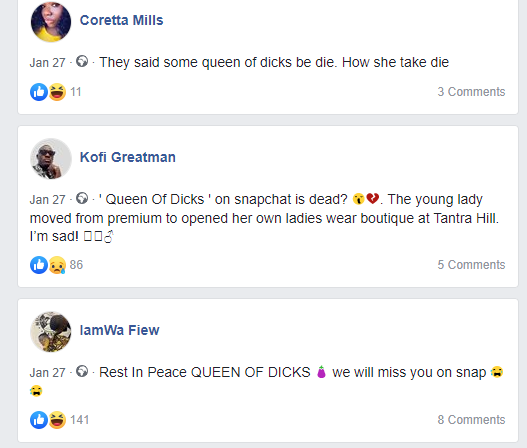 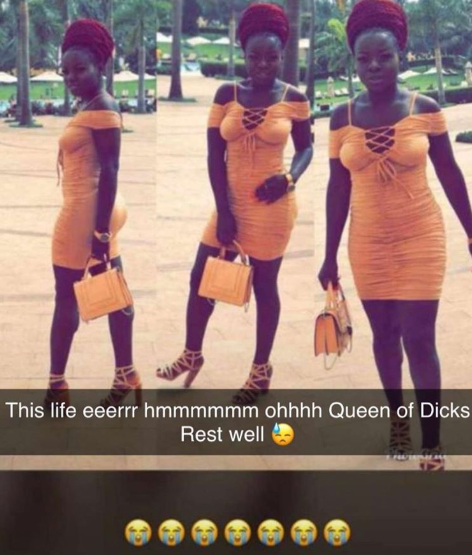