Many people were left in a state of shock after a horse collapsed due to tiredness as a result of doing the work of Keke napep. 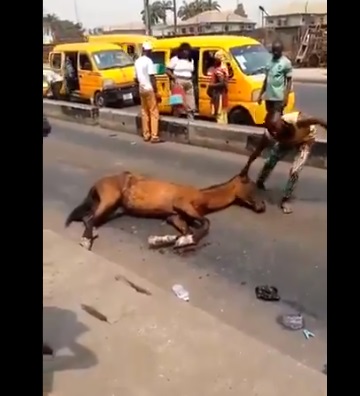 Tired horse collapsed in Lagos
A horse allegedly used in transporting people as a result of the ban on okada and tricycles in Lagos has collapsed in the middle of the road out of tiredness.
Recall that as the ban took effect, lots of horses were seen on Lagos roads helping people with transportation. The horses were reportedly used to convey Lagos residents to their venue.
A video of a horse lying motionless in the middle of a busy expressway in Lagos has now been shared online with Twitter users joking that the horse is not equipped to do the job of okada and keke. 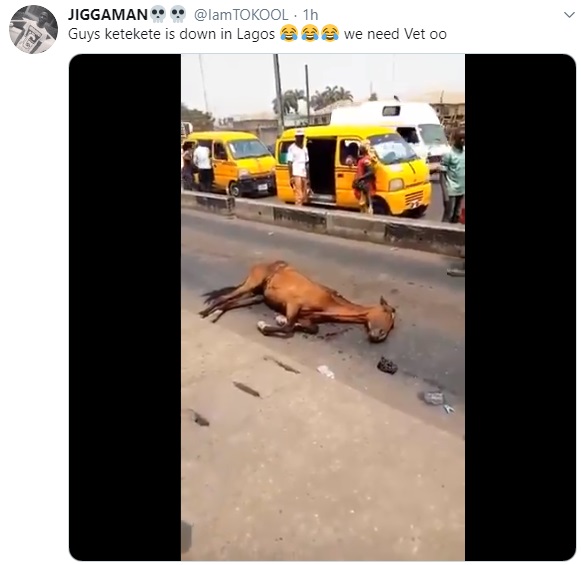 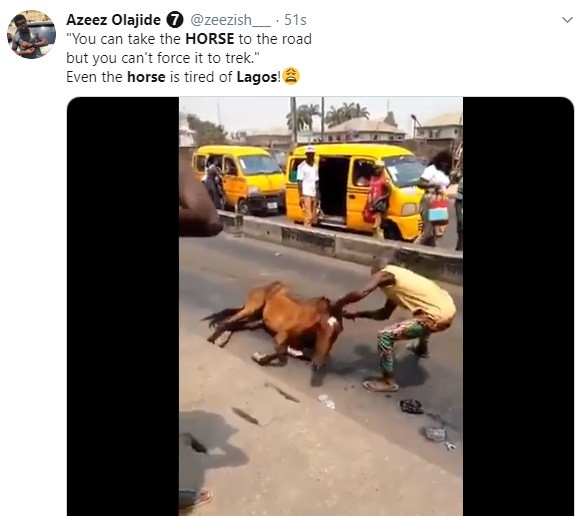