Popular APC Lawmaker Slumps And Dies While Celebrating His Birthday


An All Progressives Congress lawmaker in Ogun state has died while celebrating his birthday. 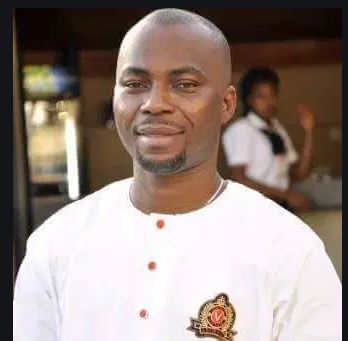 Yinka Mafe
The immediate past Majority Leader of the Ogun House of Assembly, Hon Yinka Mafe is dead.
According to Vanguard, Mafe who was born on Feb 4th, 1974 was said to have complained of chest pain while celebrating his birthday in Emuren, his home town, and Sagamu on Tuesday night before he slumped and died.
Asiwaju Yinka Mafe, a lawyer and former Majority Leader of the Ogun State House of Assembly, was elected a Councillor of Ward three in Sagamu Local Government Legislative Council in December 1998, a term which ended in 2002.
He was also elected as a member of the Ogun State House of Assembly in 2011 and became the Chairman House Committee on Education, Science and Technology and re-elected in 2015. He represented Sagamu 1 constituency of Ogun State. He was the immediate Majority Leader.
In a release signed by Tunde Oladunjoye, Publicity Secretary, Ogun APC Caretaker Committee, said though the circumstances surrounding his death are still sketchy, the party however, has, indeed, lost a vibrant lawmaker, legal practitioner and consummate entrepreneur, known for his outspokenness, no matter where he finds himself.
“The party recalled that even when others remained in the deflated and defunct Allied People’s Movement (APM), Yinka Mafe took a very bold and courageous step to return to APC”.
“While the other defected and defeated members of defunct APM were still shadow-chasing and preoccupied with empty boasts, Mafe, less than a month after the election of Prince Dapo Abiodun, specifically on April 2, 2019 announced his return to APC on the floor of Ogun State House of Assembly.”
“While commiserating with the wife, children and the entire members of the family of the deceased, and indeed the people of Sagamu 1 State Constituency, the APC prays that God will give them the fortitude to bear the irreparable loss.”
Top Stories