A school girl has been killed after she was hit by a stray bullet during the clash between Okada men and the Police. 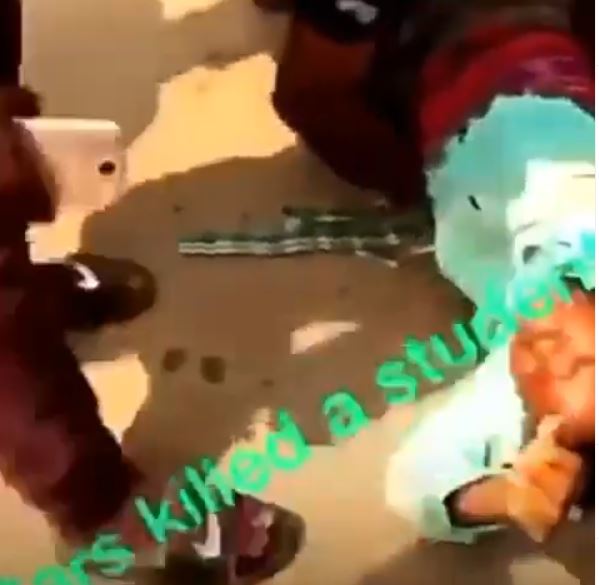 The clash between okada riders and police officers in Iyana Ipaja has allegedly left a student dead.

In a video shared online, a schoolgirl clad in her school uniform can be seen lying motionless on the floor.

Blood soaked through her school uniform and concerned people tried to tie a cloth around her to stem the blood flow.

There was a commotion around her as people screamed in distress as they tried unsuccessfully to offer whatever comfort they could to the dying girl.

The clash in Iyana Ipaja started this morning as a result of the okada and keke ban in Lagos.

Schoolgirl killed by stray bullet as okada riders and police clash in Iyana Ipaja as a result of the okada and Keke ban.