The Obafemi Awolowo University has made an example out of its lecturer after handing him over to the police. 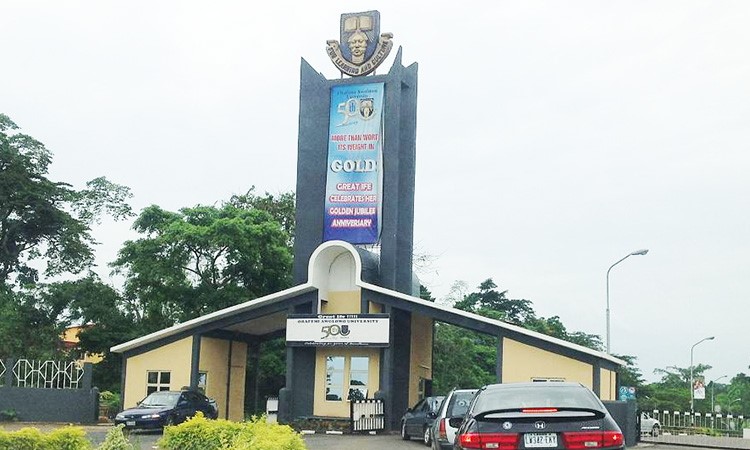 OAU
The management of the Obafemi Awolowo University, Ile Ife has suspended one Monday Omo-Etan, a lecturer for assaulting a 19-year-old student.
The suspension was announced on Wednesday.
The institution also said Omo-Etan had been handed over to the police for further investigation.
A statement by the OAU Public Relations Officer, Abiodun Olanrewaju, read, “Less than three weeks after the Management of Obafemi Awolowo University, Ile Ife, expressed its zero tolerance against sexual harassment by investigating and suspending a lecturer of the Department of International Relations, Mr Olabisi Olaleye, the university has suspended a worker of the OAU Centre for Distance Learning for sexually molesting a 19-year-old female student.
“The university has also handed over the tutor, Mr Monday Omo-Etan, to the police.
“The Management has reinstated her commitment to the total eradication of any form of sexual harassment, molestation or other social vices.”
Top Stories