Nigerians Disgrace Bobrisky In Dubai, Rain Curses on Him (Video)

First Bank Staff Who Waited 23 Years For A Child, Dies 7 Months After His Wife Gave Birth To A Set Of Twins
Recent Stories


The confirmation of Senate President, Dr Ahmad Lawan's cousin as Chairman of National Assembly Service Commission has taken place in spite of the outrage it caused. 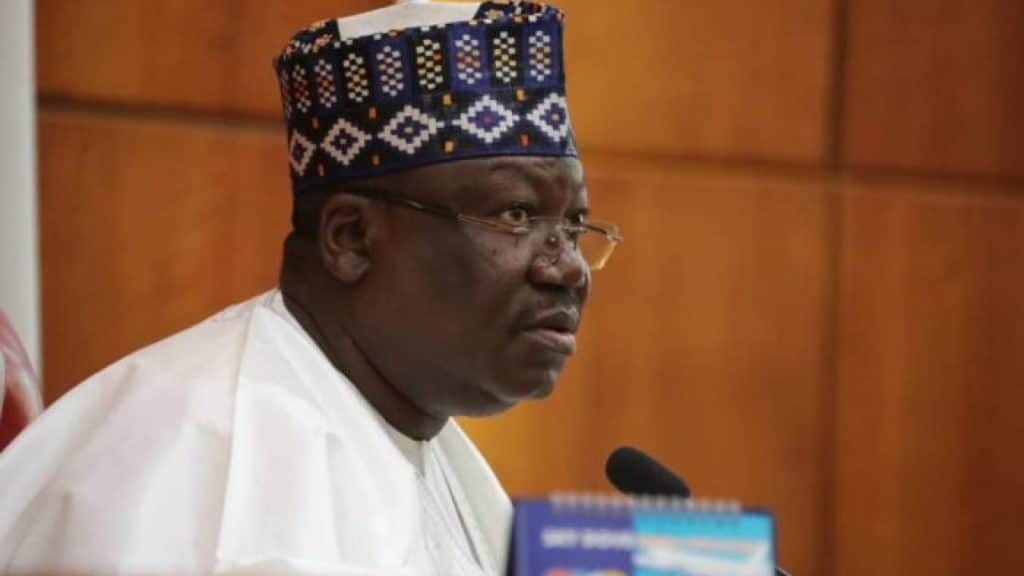 Senate President Ahmad Lawan
Engr. Ahmed Kadi Amshi, a cousin of the President of the Nigeria Senate  Ahmad Lawan has been confirmed as Chairman of National Assembly Service Commission (NASC) amid outrage.
His confirmation took place on Wednesday. The outrage it was gathered came as a result of the nominee being related to the Senate President.
Engr. Amshi was also a Legislative Aide to the Senate President, Dr Ahmad Lawan before his appointment by President Muhammadu Buhari.
The confirmation of Engr. Ahmed Kadi Amshi alongside eleven others followed a committee report which was submitted by the Chairman of Senate Committee on Establishment and Public Service, Senator Ibrahim Shekarau.
Shekarau in the report submitted that the nominees made themselves available for screening and were found satisfactory to serve as members of the National Assembly Service Commission.
Those confirmed by Senators at the Committee of the whole are:
1. Babagana Modu – Borno
2. Sen. Abubakar Turare – Taraba
3. Hakeem Akano – Lagos
4. Tunrayo Akintomide – Ondo
5. Atanomeyorwi Francis – Delta
6. Bassey Etuk – Akwa Ibom
7. Hon,. Bilyaminu Yusuf Shinkafi – Zamfara
8. Sani Saidu Kazaure – – Jigawa
9. Senator Junius Ucha – Ebonyi
10.. Auwalu Aliyu Ohindase – Kogi
11. Muazu Ishaq – Nasarawa
A nominee from Imo State, Mr. Nnamdi Anyaele was, however, absent at the screening Committee and was subsequently declined confirmation.
In his ruling, President of the Senate, Dr. Ahmad Ibrahim Lawan thanked the Committee for a job well done.
See reactions below:
Gaddafiyusf:
He's probably copying from Maj Gen m buhari. Nepotism rules
Babyfaceafrica:
Na Naija we dey, to get to the top na connect!!!.. May God help those of us wey na only God be our connect.. AMEN
IamMichaels:
Nepotism at its peak though am not surprised since it has become a norm in our society today..
We've indeed lost the credible ways of doing things here in Nigeria.. May God help us
StarUp:
If he is qualified then what's wrong with putting his cousin?... Do you want him to put his enemy instead?
I am not in support but if his cousin can do the job, then why not?
okpalaAnambra:
Impunity..na turn by turn sha
nairalee:
He know that no be naija we dey? Very soon everybody go forget dem go go go back to their normal business
WandaNara:
It's a normal thing in Nigeria.
rovher:
Na dem dem, it all revolves arnd the same circle ...
Top Stories

Why I Stopped Doing Make-Ups, Stopped Photoshopping My Pictures And Reason Behind My Weightloss - Actress Chacha Eke