A Nigerian man has courted controversy after publicizing a very weird opinion about the girl child. 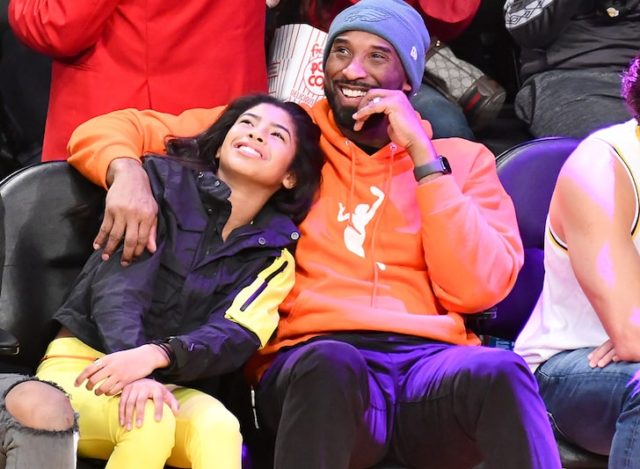 Kobe Bryant and his daughter died alongside others in a helicopter crash
A Facebook user, Eze Chinyere Ugo has caused a serious debate online after saying that one male child is worth more than 10 daughters.
He was responding to a post of another user who had insisted that whether male or female, all are gifts from God.
The poster used Barack Obama, Kobe Bryant, and Mark Zuckerberg as examples of men who are not obsessed with having sons to continue their legacy because they do not need an offspring to do that for them. The poster went on to advice men to stop putting pressure on their wives to birth male children because female children are equally important.
But Ugo did not agree with the post and he dropped a comment to let the poster know his thoughts. 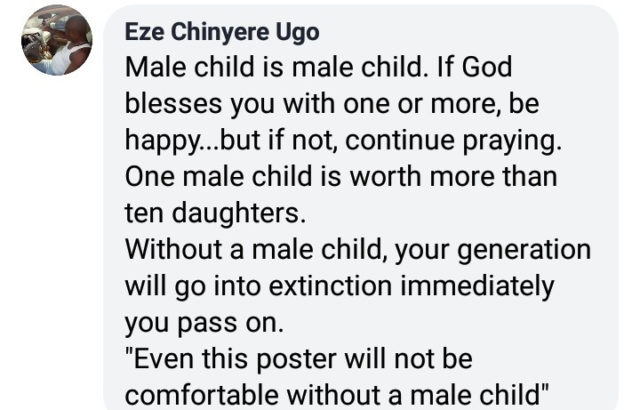 He wrote:
Male child is male child. If God blesses you with one or more, be happy…but if not, continue praying. One male child is worth more than ten daughters.
Without a male child, your generation will go into extinction immediately you pass on.
“Even this poster will not be comfortable without a male child”
He also had support from a number of people who commented to let him know that they agree with his post.
Since Kobe Bryant’s death, the legendary basketballer has been used as an example of men who are proud to have daughters and did not give in to the pressure to have a son. Kobe always spoke highly of his daughters and once told of how people always encouraged him to have a son to take after him, but his daughter Gigi would always tell them that he doesn’t need a son for that because she’s got it.
Kobe, who had 4 daughters, usually referred to himself as a “Girl Dad” and since his death, the hashtag #Girldad has been used by a lot of men who have daughters. Men like Noble Igwe, who has two daughters, and Safaree Samuels, who recently welcomed his first child – a girl, and a lot of other fathers now proudly refer to themselves as girl dads while adding the #GirlDad hastagh to their posts.
But one Facebook user feels this act is us settling for “less”. 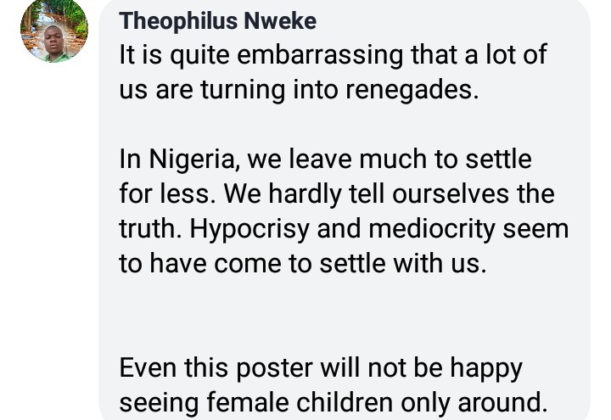 He wrote in reaction to the post about Kobe Bryant and how he valued his daughters:
It is quite embarrassing that a lot of us are turning into renegades.
In Nigeria, we leave much to settle for less. We hardly tell ourselves the truth. Hypocrisy and mediocrity seem to have come to settle with us.
Even this poster will not be happy seeing female children only around.
Top Stories