A man is currently in police net for allegedly inflicting his son with bruises over missing fish. 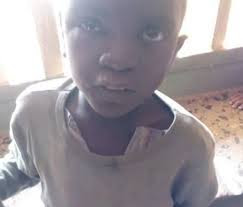 Police in Ogun State said they have arrested one Sikiru Idowu on Friday for allegedly maltreating his five-year-old son, Segun Sikiru.

The man was accused of “inflicting grievous harm on the body of his son over an allegation that the small boy stole a fish.”

He was said to have allegedly “put an aluminum plate on fire and when the plate was red-hot, he forcefully sat the boy on it, thereby burning his buttocks.”

Sikiru was also accused of using the same plate to burn the victim’s fingers and part of his mouth.

DAILY POST learnt that the small boy was rushed to hospital for treatment.

Ogun police spokesperson, DSP Abimbola Oyeyemi, on Sunday confirmed that the suspect is a resident of Itowo in Oke Sopen area of Ijebu Igbo.

Oyeyemi informed that Sikiru was arrested by the police in Ijebu Igbo Division when members of the public alerted that he was about to kill the boy.

“On the strength of the information, the DPO, Ijebu Igbo division, SP Kazeem Solotan quickly mobilized his detectives to the area where the suspect was arrested,” Oyeyemi said. 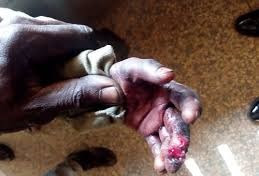