Six catholic faithful have lost their lives after they were involved in an accident while returning from the annual Oke Maria Pilgrimage in Osun state. 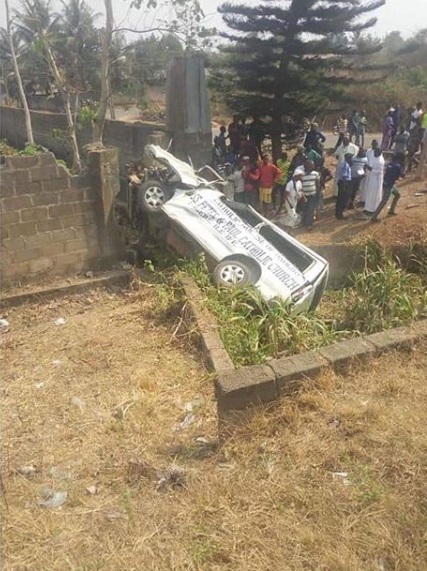 A tragic accident which occurred at a sharp bend in Eripa, along Iree-Otan Ayegbaju-Ila Orangun road in Osun State on Sunday February 9 claimed the lives of 6 Catholic faithfuls.

The late victims of the accident who were reportedly returning from the annual Oke Maria Pilgrimage (Prayer Mountain) in Otan Ayegbaju, were passenges of an 18-seater Liteace bus belonging to SS Peter and Paul Catholic Church in Lagere. 9 occupants of same vehicle also sustained injuries from the accident.

Osun Police Spokesperson, Folashade Odoro confirmed the accident and also disclosed that the driver lost control of bus which ran into a ditch. He urged motorists to avoid over speeding and dangerous driving.

Labourers By Day, Burglars By Night: See The Gang That Make Millions Stealing At Construction Sites