The Untold Story Of Man Who Died After Sleeping With Prostitute


More details have emerged about the health of the man who died after sleeping with a prostitute. 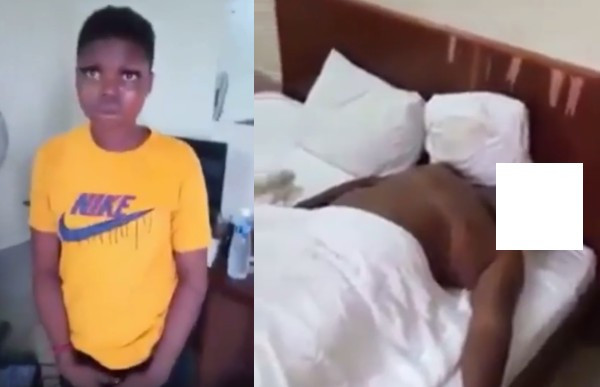 Precious was arrested over the man's death
It has now been revealed that the man who died after sleeping with a prostitute is a lawyer identified as Sir Eric Igbedion Agboegbulem. He died while sleeping with an Akwa Ibom woman named Precious at a hotel. Precious who confirmed that she's a prostitute also narrated the story.
More details have now been released by a lawyer who revealed that the man was hypertensive and that the police tried to blackmail the family..
Read more details released by Ena Ofugara on Facebook:
"Clearing The Air: As A Family Wishes To Mourn In Peace
The close friends of the family of Sir Agboegbulem are speaking up for their late friend and dispelling a few wicked untruths that have emerged.
The chief untruth is that the police released the video to stop the family from prosecuting the girl for murder. Sir Barr. Agboegbulem’s wife is a seasoned, well brought up lady from Uburu, Oru LGA of Imo state and a SENIOR DIRECTOR IN CENTRAL BANK OF NIGERIA. Her family is well known in their town. She lives in Abuja while the husband practiced and lived in Benin, and hails from Agbor Delta State, often joining her for weekends. The family are making it clear that at no time have they met or confronted the female in question. They simply took their husband, son, brother, and father home and laid him to rest just last week. So when did they have the time to chase after a girl and or to prosecute her?
I have come to find that Sir Agboegbulem was in law faculty Uniben part time program same time I was in same faculty. I have spoken with juniors and classmates who know him and who describe him as a quiet man who even took hypertensive medicines while in class back then at Ugbowo, We shall return to this.
The truth is that the wife is a VICTIM OF BLACKMAIL BY SOME UNSCRPULOUS MEMBERS OF THE POLICE who have gone on to carry out their threat to release the video when the family refused to pay a ransom to get it deleted. 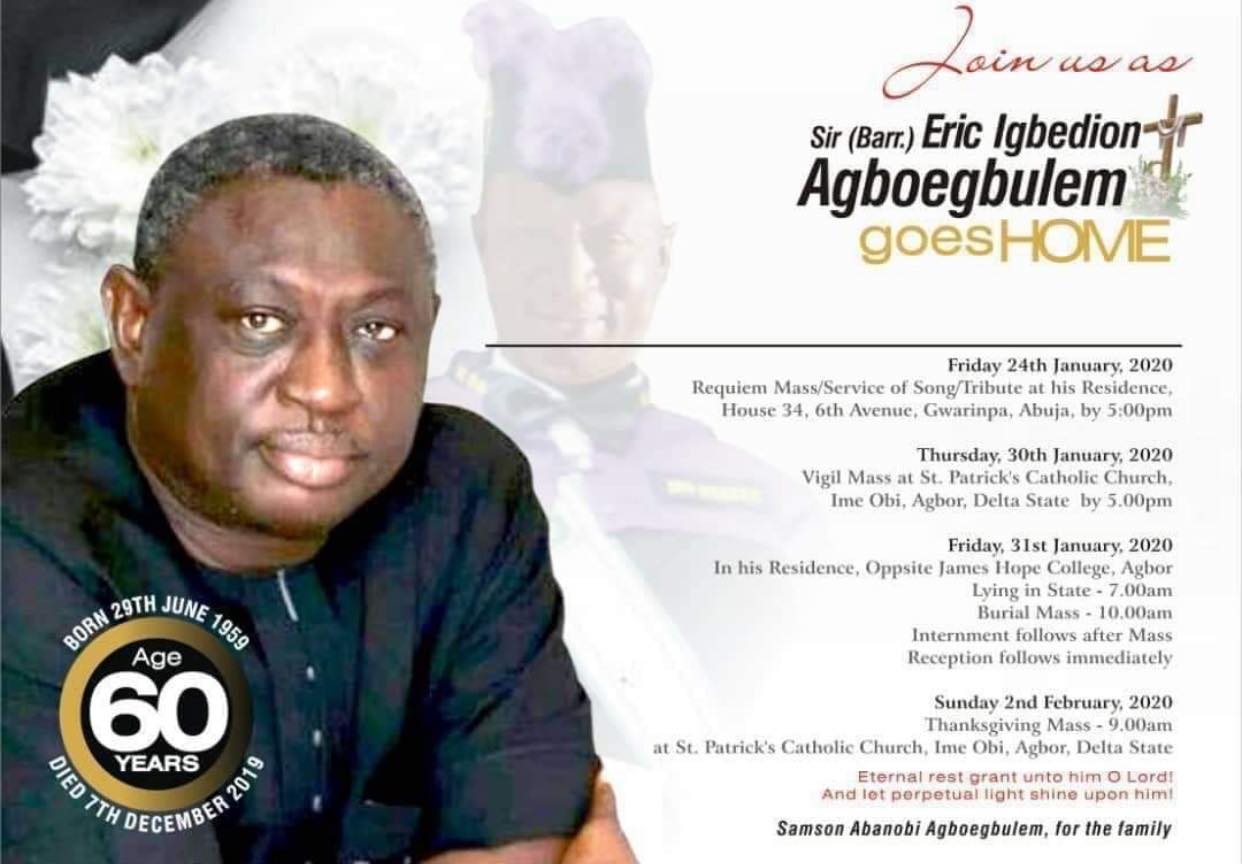 I am refraining from saying the entire police force did the blackmailing. However, the policemen who rushed to say why they released the video and talking about blackmail are themselves the blackmailer.
The family knows the health condition of their son. They know he has had hypertension from a young age. However, the girl in question never stated that the man drank any of the pills before having sex. Like many people with chronic ailments, who travel a lot, they carry all their medications in a bag. The police, in their unprofessional and or malicious conduct opened his bag and showed all his medications as if he consumed all of them at once. Pseudo-doctors and all of us are giving medical advise “you shld not take more than 100 mg of so and so” as if we know the grams he took. The pills were i. his bags and the police have no right to have invaded his privacy thus and to reveal his health atatus
Sir, Barr, Eric Agboegbulem is JUST A KNIGHT, He did not say he was a SAINT. Traveling to various areas and for cases and away from the wife afford 80 percent of men a chance to cheat. While not justifying the action, it is at least understandable to know a lot of men will have sex while away from their wife, especially after a few drinks. But this is not the point and I will delete responses related to his conduct. Popes have slept with little boys. Leave a Knight alone to be judged by his God and forgiven by his wife.
In conclusion, the family of Sir, Barr. Eeic Agboegbulem wish to be allowed to mourn Eric in peace without the police trying to blackmail them and failing, trying to make blackmailers and bully off them. We hear they say they bear no ill-feeling towards the girl and have never reached out to her and that they wish her luck in all she does going forward. All they ask is to be left alone to mourn in peace."
See post below:
Top Stories