Siblings Swim To Death In Ebonyi


Two siblings who went swimming at Ndibe beach Afkikpo have been reported dead after they drowned while swimming. 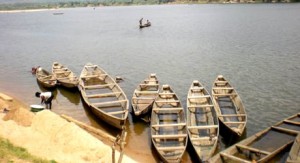 The two were said to have left their home around 3 p.m. in the guise of going to jog but didn’t return.

Our correspondent gathered that a search party organised by their families could not unravel their whereabouts.

However, their bodies were found floating on the water while the circumstances surrounding their deaths remained unknown.

The state Police Public Relations Officer, DSP Odah Loveth who confirmed the incident, said it was a case of sudden and unnatural death.

She said police were investigating the matter and expressed worry over the incident.

Odah said: “Yes, on 2nd of February, Afikpo North Division reported that at about 10.30 one Chiaha Augustine Madabuchi reported of sudden and unnatural death of two of his sons Chiaha Emmanuel Chigozie 17 years old and Chiaha Christopher Madabuchi 13 years old; they got drowned when they allegedly went swimming at Ndibe beach Afkikpo at about 3 pm after leaving the home in the pretence that they were going to jog.

“Police visited the beach, photographed and deposited (their bodies) at the mortuary. Afikpo North is investigating (the case) but there is no mark of violence found on their body.

“I don’t know how they gotten drowned, and what took them to the beach in this harmattan season; for now we are still investigating (the matter).”