A Burglar who burgled an apartment was caught and asked to demonstrate how he managed to get in. 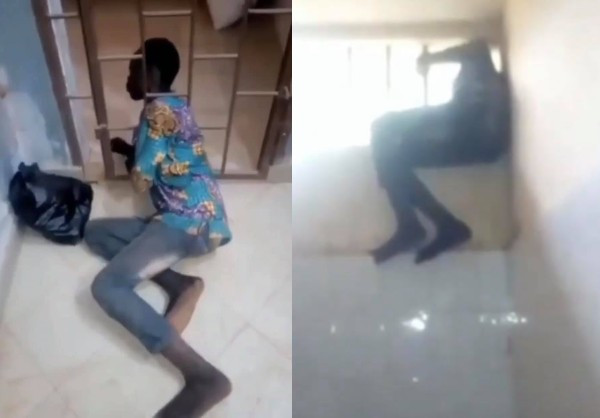 A video making rounds online captured moment a thief showed the people who caught him how he got in and out of an apartment he burgled.

The identity of thief caught tresspassing in the property was not immediately available at the time of filing this report.

After he was caught by the owner of the home he burgled, he was asked to show them how he got inside the apartment.