A Twitter user has apologised to his wife online for calling her "crazy" after she complained he doesn't text her anymore. 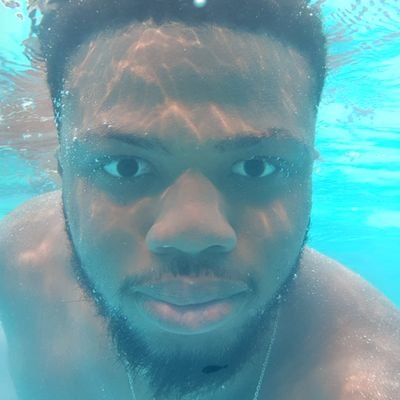 A husband was forced to issue an apology after his tweet caught his wife's attention and drew a reaction from her.

Twitter user Nai Abese retweeted a tweet that seemed to be joking about women and how complicated they can be.

The tweet had two screenshots. One reads: "I knew women were crazy when I first moved in with my wife and she said 'you don't text me anymore'."

The other screenshot shows a woman arguing in support of the wife being discussed and asking why the man would suddenly stop sending good morning texts just because they moved in together. 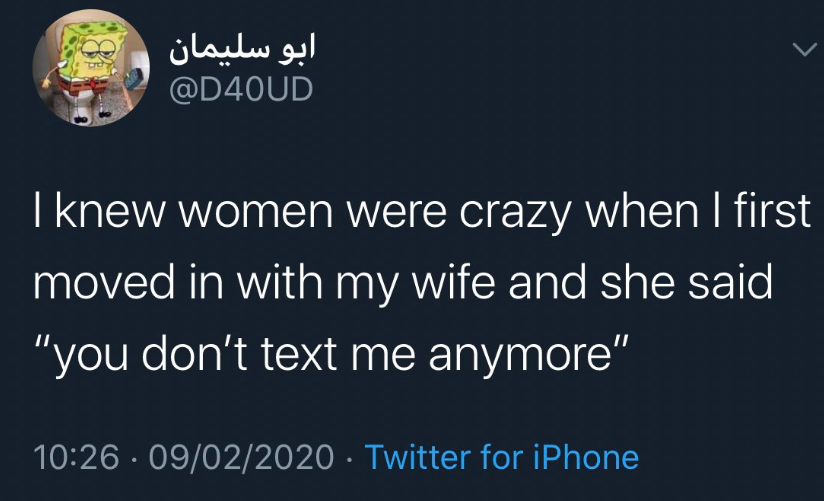 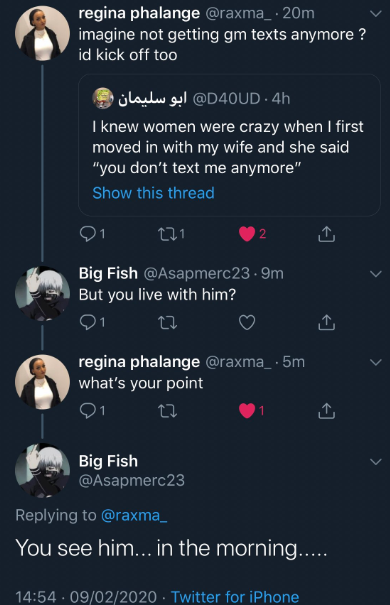 Nai Abese, who is married, shared the tweet and revealed in his caption that he can relate with the married man above.

He wrote: "You wouldn't believe how much I can relate to this."

And his wife simply replied: "Wow." 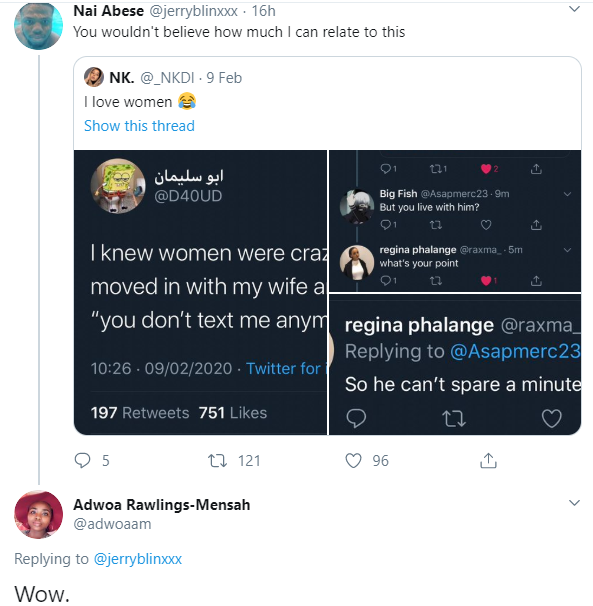 At this point, Twitter users began commenting to let the husband know that he's in trouble.

In another tweet, Nai Abese's wife wrote: "It seems some people are drawn to divorce."

Soon after, Twitter users replied to the wife, pleading with her to forgive her husband.

The husband soon shared a follow-up tweet to apologize. 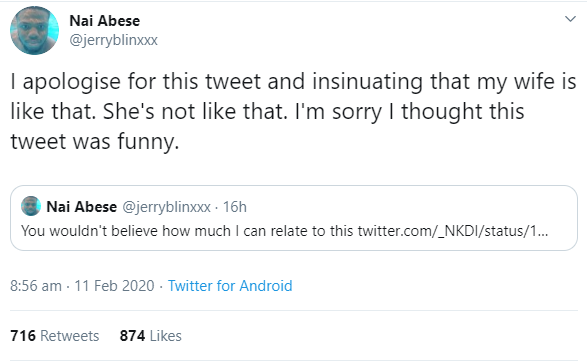 Twitter users were amused by his reply and they pointed out that he was forced to apologize by his wife. The husband jokingly admitted that the public apology is his wife's "punishment" for him.

He added, "A happy wife is a happy life." 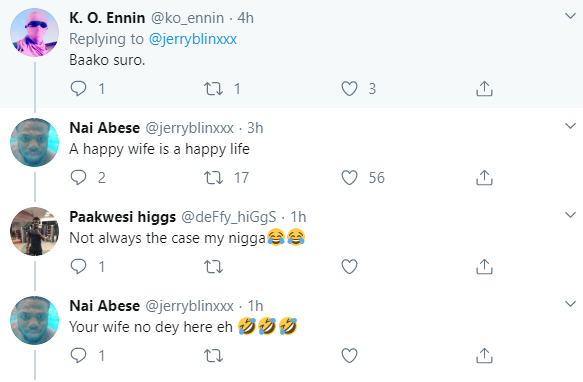 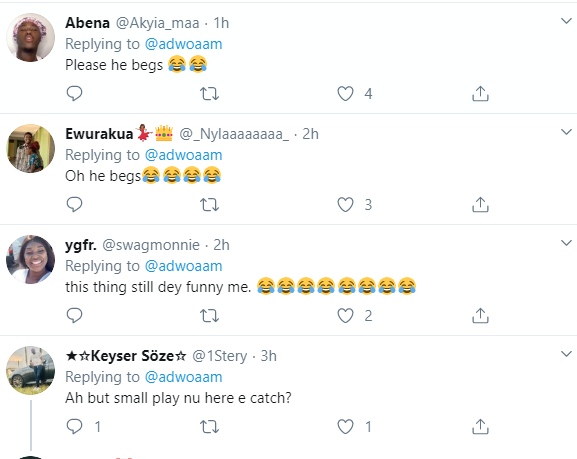