So Sad! Four-Year-Old Girl Burnt To Death As 7 Houses Are Razed In Enugu


A little girl has died a painful death after being burnt beyond recognition during a midnight fire. 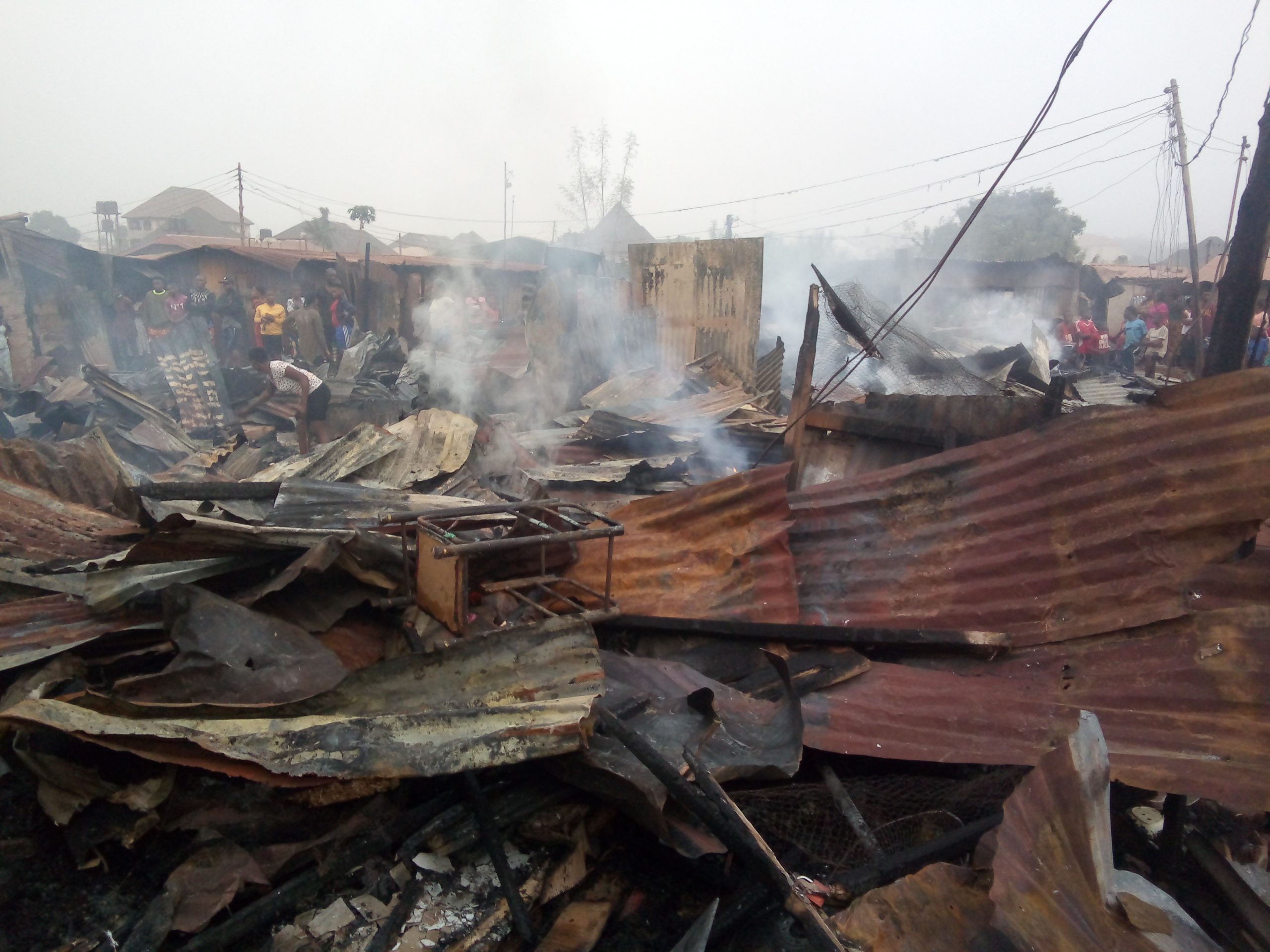 Little girl dies in tragic fire accident
A four-year-old girl identified as Chinechereme has died during a midnight inferno.
The fire also razed seven other houses on Tuesday at Tolory, Railway Quarters in Enugu North Local Government Area of Enugu State.
According to Punch, the inferno started at 2 a.m. on Tuesday.
The little girl, identified as Chinechereme, was living with her parents, Emeka Igbo, but when the fire started, her mother, Nwanneka, pulled her and two other kids out to a safer place before she returned to help her husband secure their property from being destroyed by the fire.
Unfortunately, the little Chinecherem went back with the hope of returning to their house but missed her way because of smoke that had engulfed the whole area.
Upon her return, Nwanneka could not find her daughter but felt someone might have taken her to a safer location only to later find the corpse of Chinechereme in a burnt apartment when the fire was eventually put out.
Who visited the scene of the incident, gathered that the prompt intervention of the state fire service saved the entire neighborhood from being razed by the inferno.
Speaking to The PUNCH, one of the leaders in the neighborhood, Julius Igbokwe, described the incident as regrettable.
Igbokwe told our correspondent that the inferno was caused by a candle fire lit by a nursing mother because there was no power.
“We were told that the woman slept off and the candle fell down, caught fire and the rest is now the story.”
The state Police Public Relations Officer, ASP Daniel Ndukwe, confirmed the incident.
He said, “The command has received the report and investigations have commenced to ascertain the actual cause of the inferno.”
Top Stories