A woman allegedly cut her daughters new hair because it was paid for her estranged baby daddy. 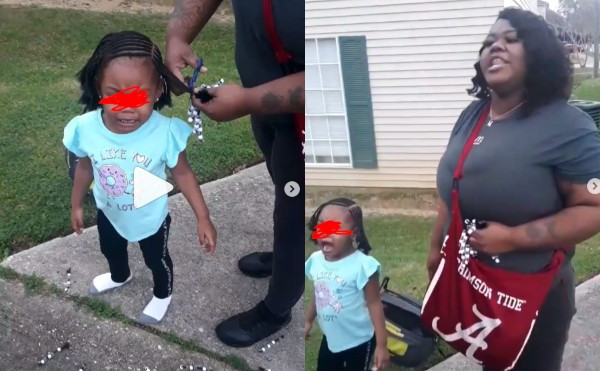 A distraught American man took to Facebook to share a video which captured the moment his baby mama used scissors to cut off their daughter's new hair he paid for.

Chase Amili who averred that what his baby mama did is what keeps some deadbeat fathers away from the lives of their kids, also recounted how the mother of his kids smashed a birthday cake he got his daughter in 2019.

I snuck up on my kids at daycare cause dey momma jayla dnt let me see dem an i took my boys to get dey hair cut an got my bby girl hair did look wat her momma do just cause i got my bby hair did ....

im gucci but my bby hurt, but females talk about dead beats dis why sum niggas say fuck dat shit an i remind u she also smashed her bday cake on her bday last year my girl gone always have hate in her heart daddy going to get custody soon bby hold on for me. 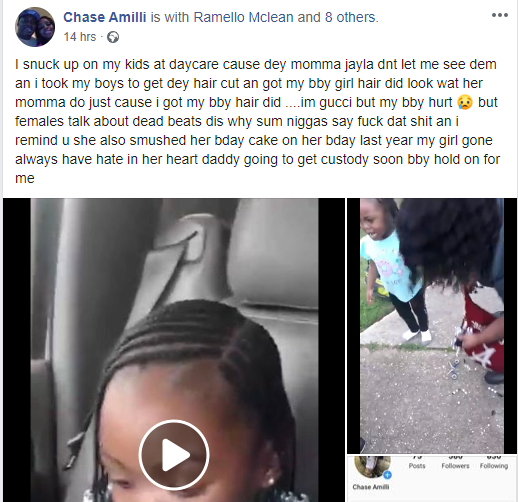 He added that he is not perfect but tries to be there for his kids he loves with his whole heart. Amilli wrote;

AIN PERFECT BUT ...I DO MY BEST WITH MY KIDS AN I LOVE ALL 7 WITH MY WHOLE HEART ..MY KIDS GIVE ME SO MUCH TO STRIVE FOR , DADDY LOVE YALL 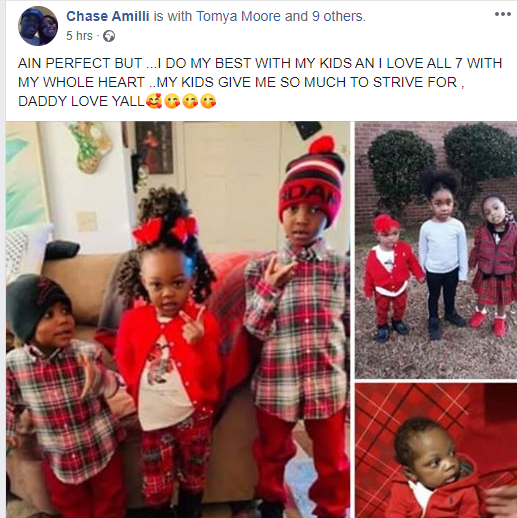 A distraught American man took to Facebook to share a video which captured the moment his baby mama used scissors to cut off their daughter's new hair he paid for. . . Chase Amili who averred that what his baby mama did is what keeps some deadbeat fathers away from the lives of their kids, also recounted how the mother of his kids smushed a birthday cake he got his daughter in 2019. . . Read more on www.lindaikejisblog.com

The lady who was seen in the viral video cutting off her daughter's new hair, however defended herself. In Facebook posts she shared, Maliyah Jackson claimed she doesn't like another person making her daughter's hair. She also claimed it was too tight.

Y’all hoes big mad bout my baby hair ain’t it? You hoes must wanna bump or some? Let me know. But just like I said!!!!! & ima say again!!!! I dnt need no hoe putting they hands in my daughter hair when I’m a braider myself & just now getting my guh hair to grow!!! This fuck nigga know I even said the Africans can’t get in her head cause they braid too mutha fuckin tight & guh hair was tight as fuck damn right I cut it out.

Now to u mad bitches who minding my business not the one that pay you y’all can eat my ass right after I take a shit talking ass hoes dnt be knowing wtf going on . Now why would u pay somebody to braid my bby hair when her moma braid hair come on ni? He did it to pick! So fuck y’all & his pussy ass

& yes I cut that bull shit out my baby head cause I dnt need no hoe dick gripping hands in my guh head period he only let a bitch did it cause he know I dnt play bout nobody putting they hands in my daughter hair bitch go play wit them other kids dnt play wit mines period. 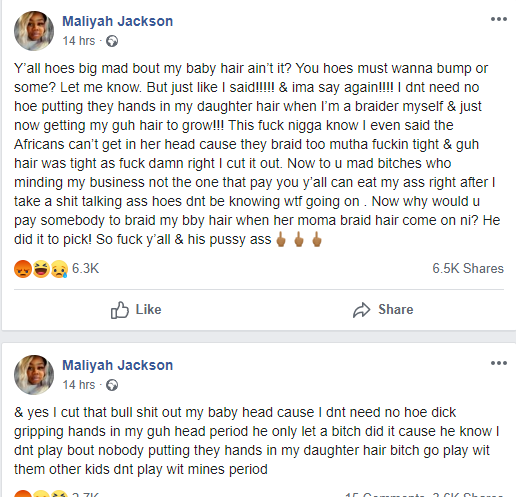 Here is a video of Maliyah defending herself;

Lady seen in video cutting off her daughter’s new hair, defends herself......says she did it because she doesn’t like another person making her daughter’s hair and because it was too tight