Nigeria's anti-graft agency, the EFCC has issued a threat to the man who posted fake photos of cell purported to belong to the agency. 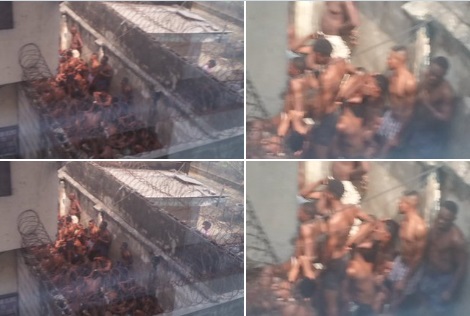 The purported photo of EFCC Port Harcourt cell
The Economic and Financial Crimes Commission, EFCC, has vowed to arrest the Twitter user who posted ''false photos of its withholding cell in Rivers state.''
Recall that the Twitter user @TheRealDayne on Monday February 10th, posted photos showing a group of young men crammed in an open air space which he claimed was the withholding cell of EFCC in Port Harcourt.
Speaking at a press conference today, the Head of the Port Harcourt Zonal office, Usman Imam, dismissed the report as fake news and vowed that the agency will trace and arrest the Twitter user who posted the photos.
According to him,
"The picture of detainees crammed into an open air cell purported to belong to the EFCC Zonal office in Port Harcourt is fake. The images are strange to us".
He further stated that the commission does not have an open cell.
Our cell is a stand-alone facility with no close proximity to any storey building; we have never had large inmates that the cell could not accommodate, and we have no history of mistreatment of detainees". 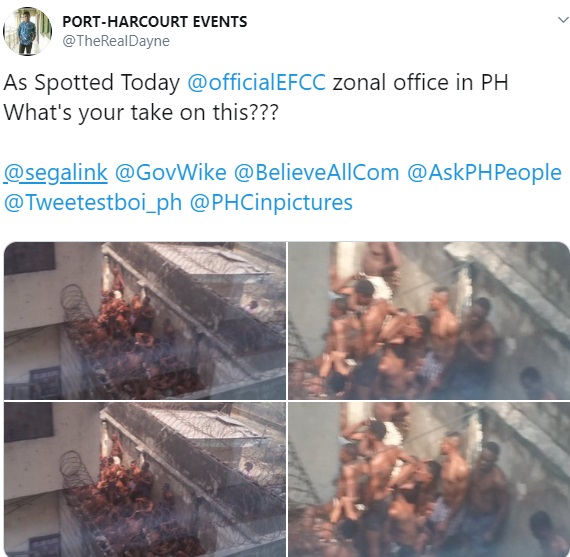