The governor-elect of Bayelsa state, Senator Douye Diri, is set to be inaugurated as governor today. 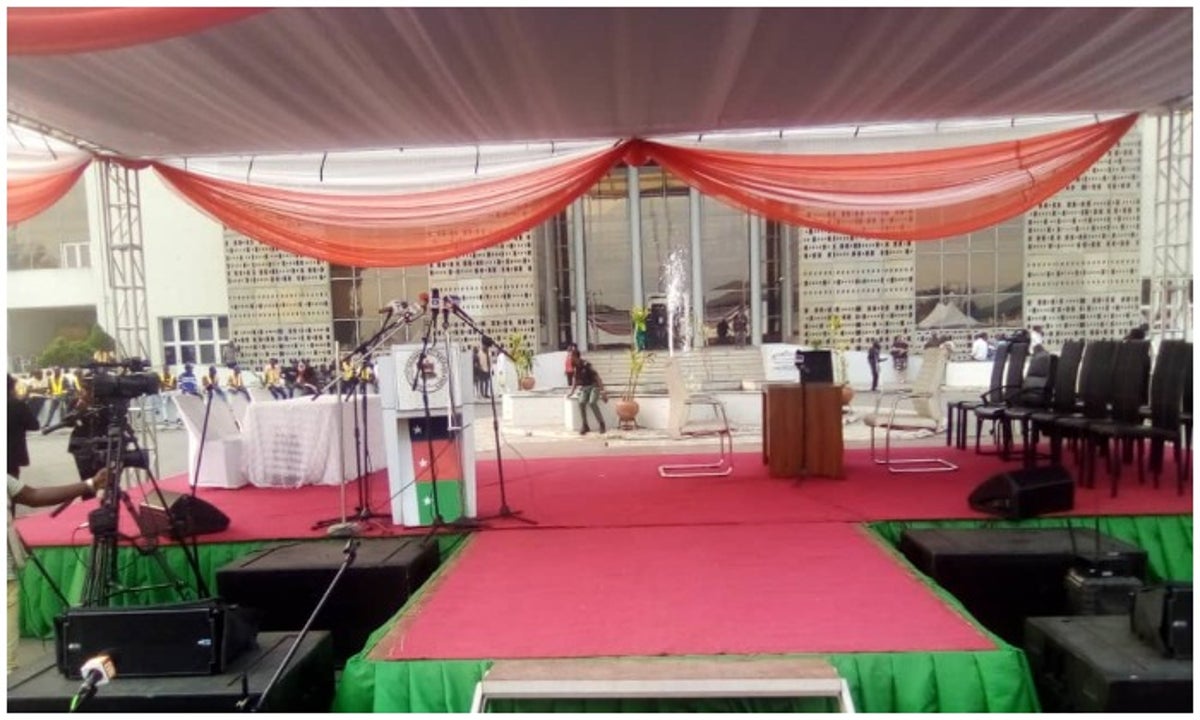 The venue of the event

The Punch reports that the stage is set for the inauguration of the Bayelsa State governor-elect, Senator Douye Diri, in Government House, Yenagoa, today (Friday).

The Supreme Court yesterday sacked the All Progressives Congress governor-elect in Bayelsa State, David Lyon, and his running mate, Biobarakuma Degi-Eremienyo and pronounced the Peoples Democratic Party candidates, Douye Diri and his running mate, Lawrence Ewrujakpor as the winners of the election held in the state.

The apex court had found irregularities in the credentials of the ex-APC deputy governor-elect in Bayelsa State, Degi-Eremienyo, and annulled the joint ticket of both Lyon and Degi-Eremienyo.

The apex court then ordered INEC to issue fresh certificates to the candidates of the party with the next highest votes and with the required constitutional spread of votes in the results of the election, which is the PDP’s Diri and his deputy governor-elect, Lawrence Ewrudjakpo.

The Independent National Electoral Commission on Friday morning had issued a Certificate of Return to Diri in compliance with the verdict of the Supreme Court.