An apparently heartbroken lady has told of how she got ditched by her man on Valentine's Day. 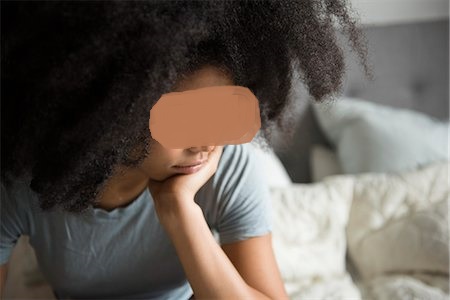 This Valentine season apparently went well for many people but for some others, it was not a day to remember at all.

A Twitter user identified by her handle @Nomondensele is one of those people who did not have  a memorable day on February 14th.

@Nomondensele first revealed that she had prepared a surprise package for her man and had apparently called him so they could have a good time on Valentine's Day. 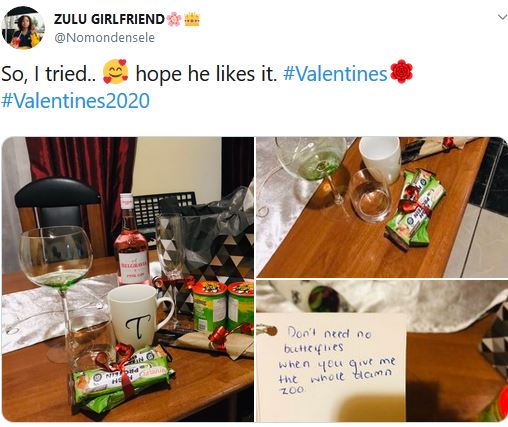 Her boyfriend agreed to come over and was excited.

However, some hours later, she revealed that her boyfriend never came as he had promised.

As a mater of fact, he was not even picking his calls even though he was clearly online on WhatsApp, having updated his status just minutes earlier. 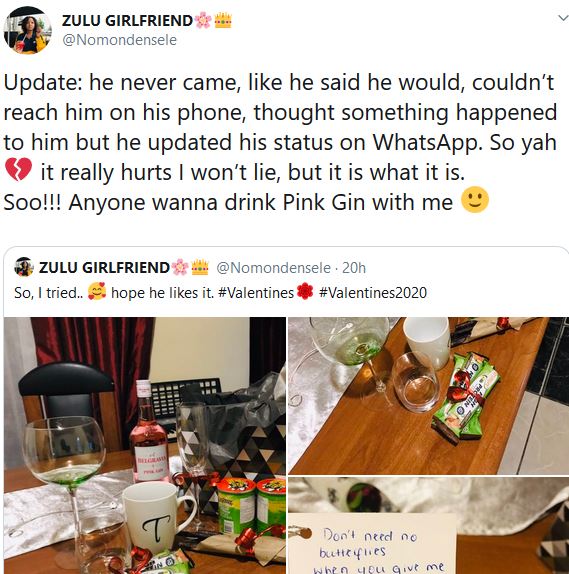 Her many followers on Twitter have tried to console her asking her to move past the pain and hope for better days.

So Sad! Graphic Photo Of Man Killed By Hit And Run Driver In Anambra
Recent Stories