Two Nigerian fishermen have been caught in the act trying to smuggle petrol to Benin Republic. 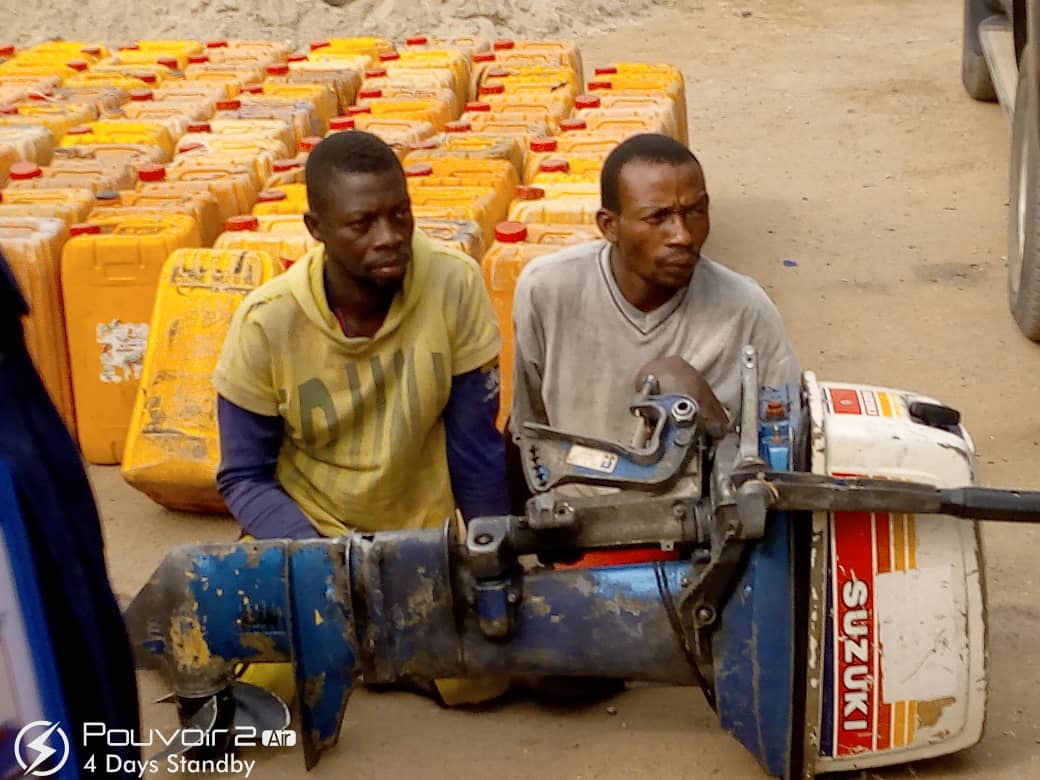 According to The Nation, the Nigerian Security and Civil Defence Corp (NSCDC) operatives at Badagry have arrested two fishermen for alleged attempt to smuggle 120 jerricans of Premium Motor Spirit (PMS) to Benin Republic.

The suspects Jebleh Taiwo and Jebleh Abiodun arrested at Gberefu Beach, a fishing settlement, in Badagry at the weekend.

It was gathered that they had loaded the products into a wooden boat which was also impounded by the operatives and its outboard engine seized.

Parading the suspects on Friday, NSCDC Lagos Lagos Commandant Fasiu Adeyinka said that criminals along riverine communities were devising new ways following the closure of land border including the use of fishing boats.

Adeyinka said smugglers who were short of supply following government directives to stop sale of petrol to filling stations along border communities; resorted to buying from areas of supply and shipping them to fishing settlements for onward movement to the french country.

Based on this discovery, the Commandant said operatives were detailed to be on lookout for smugglers using these tactics and surveillance paid off within days of intensive monitoring.

“On Friday, February 14, operatives of the command attached to Badagry Division who were on patrol along Gberefun Beach intercepted a boat with two persons in it.

“On the spot search of the boat revealed that the suspects who identified themselves as Jebleh Taiwo, 20, and Jebleh Abiodun, 30, carried 120 Jerry cans of 25 litre each filled with petrol that was carefully concealed under fishing net.

“During interrogation, the suspects confessed that they were contracted to ferry the product to Seme Border by one Chief, from where the products will be moved into Benin Republic.

“They also confessed that the owner of the product bought the fuel from a petrol station in the area. They claimed that they borrowed the boat from a neighbour at Ajido beach,” he said.

The Commandant urged Badagry residents to warn their people against smuggling because it was negatively affecting the economy.

In their confessional statements, the suspects said Chief agreed to pay then N500 per keg smuggled out, adding that they would have made N60,000 if they succeeded with ferrying the 120 jerricans.