Nigeria's Minister of Transportation has been slammed for denying reports that kidnappers attacked Kaduna train. 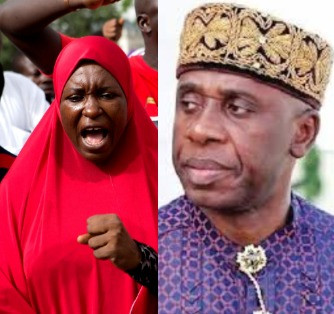 Aisha Yesufu attacks Nigeria's minister of transportation, Rotimi Amaechi for lying
Vocal Nigerian activist, Aisha Yesufu, on Monday morning, February 17, lambasted the Minister of Transport, Rotimi Amaechi for denying reports that he fled as kidnappers attacked a train in Kaduna state on Sunday evening February 16th.
Media reports had it that the Minister was amongst the passengers on an Abuja-Kaduna train that was attacked by suspected kidnappers.
According to the report, the kidnappers laid in ambush around Mando area and attempted to waylay the passengers who arrived at Rigasa train station around 8:15pm. Passengers on the train alleged that the Minister was also on the train and that the situation was saved by the mobile policemen attached to the Minister who quickly dispersed the suspected kidnappers.
Reacting to the news, the Minister via his Twiter handle, described the report as fake news and that it was completely concocted.
However, Aisha Yesufu slammed the Minister stating that he should be ''ashamed'' of himself as her relatives who were on the train, saidthat Amaechi was spotted running during the attack. 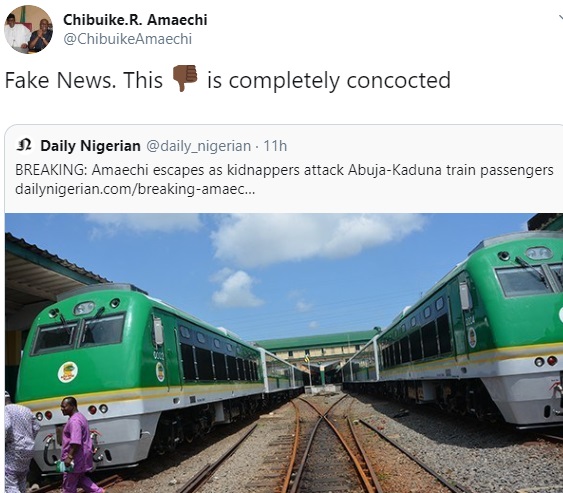 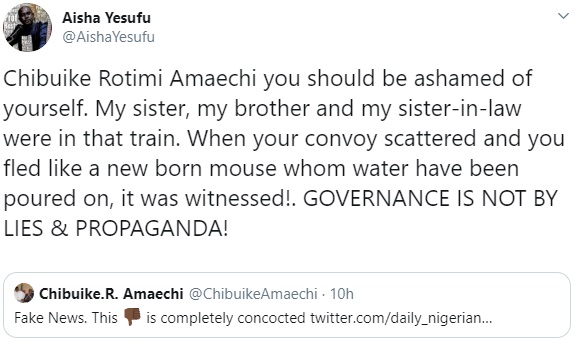