A gay US presidential candidate has responded following homophobic comments made against him. 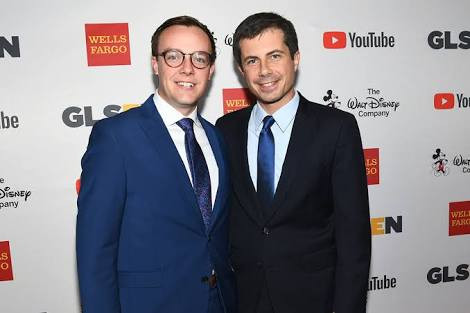 Pete Buttigieg has responded to homophobic comments made against him
One of the leading Democratic Party presidential candidates, Pete Buttigieg has responded to homophobic remarks made against him and his husband by radio host Rush Limbaugh, who was controversially awarded the Presidential Medal of Freedom by US president Donald Trump two weeks ago.
Rush Limbaugh, who recently revealed he is dying of cancer, on his show last week said the country isn't ready for a Candidate like Pete Buttigieg, who is gay, receiving bipartisan criticism for the remarks.
Limbaugh said, "American voters, despite all the great progress and despite all the great wokeness, and despite all the great ground that's been covered, America's still not ready to elect a gay guy kissing his husband on the debate stage president. They have to be saying this, don't they?"
Buttigieg , who is gay and married to a man, who will be regarded as First Husband should Buttigieg beat Trump at the polls, has now responded to Limbaugh's comments.
"Well, I love my husband. I'm faithful to my husband. On stage we usually just go for a hug. But I love him very much, and I'm not going to take lectures on family values from the likes of Rush Limbaugh," Buttigieg, told CNN's Dana Bash on "State of the Union."
Top Stories