A Facebook user has called out SARS operatives for allegedly chopping off his father's locs. 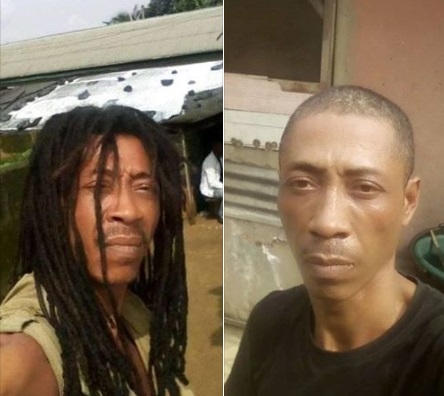 A man took to Facebook to accuse SARS operatives of cutting off his father's locs for no reason.

Divine Michael Jackson, who lives in Port Harcourt, shared a photo of his father's hair before it was cut and another photo taken after his long natural locs had been scraped off.

He accused SARS operatives of being responsible and added that they seized the chopped off locs and asked his father to return on Tuesday to collect his hair.

"Am so sad we need justice to take place. we need human right please B4 they will kill my poor dad 4 me (sic)," Divine MJ wrote, adding, "Let justice take place even if we are poor." he wrote. 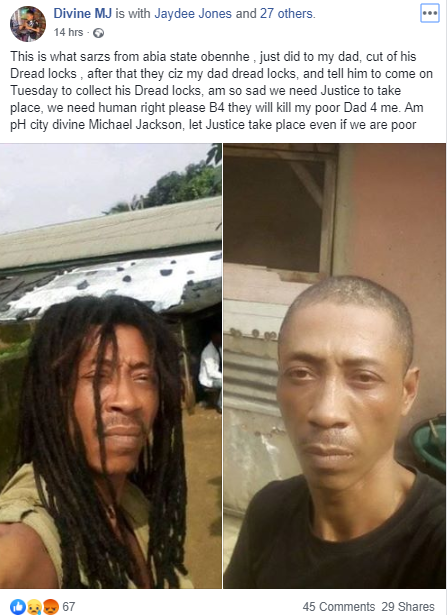