Five Nigerian sisters have been praised after attaining a most awesome feat of becoming medical doctors. 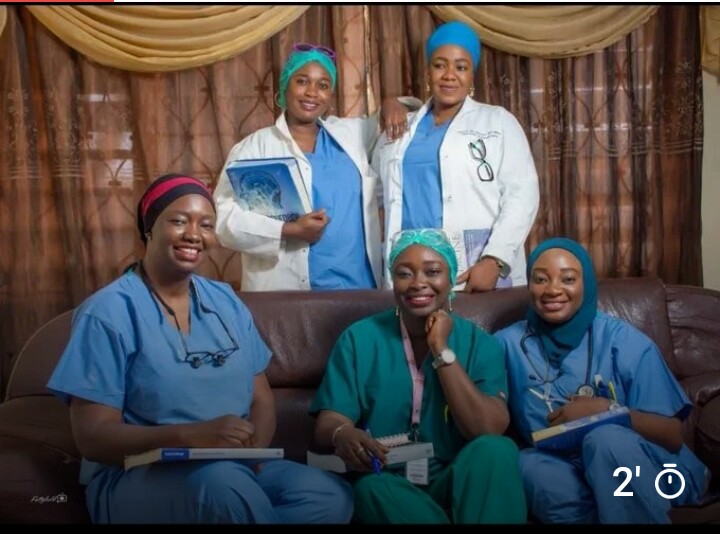 The Aliu sisters who are all medical doctors
More details have now emerged about a group of five sisters who are all medical doctors.
According to information released on social media, the women are known as the Aliu sisters comprising of - Salamat Aliu (first female neurosurgeon in West Africa), Halima Aliu (plastic surgeon), Raliat Aliu (an obstetrician and gynaecologist), Khadijah Aliu (a family physician), and Medinah Aliu (public health physician).
The sisters since their photos emerged online have earned admiration from Nigerians who praised them for the feat. 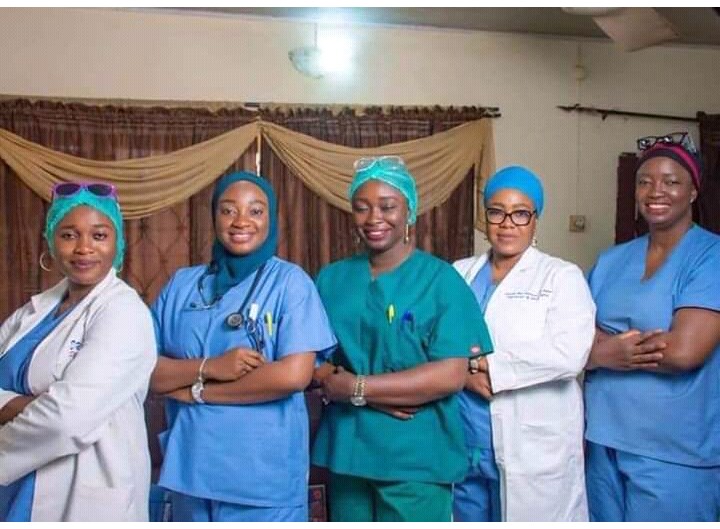 The five sisters are all medical doctors
Nigeria's former Vice President, Atiku Abubakar on Monday also joined other Nigerians  in praising the sisters.
“Awesome. If you educate a woman, you educate the family and the community,” Atiku, who doubled as the 2019 presidential candidate of the People’s Democratic Party (PDP)," wrote.
The sisters are said to be from Okene, Kogi state.
“I believe Africa is rising above gender inequality and with examples like this, we can create a more supportive environment for women,” a Twitter user wrote while marveling at the sisters’ feat.
An Instagram user, who is said to have first shared the photo, also wrote: “Yet a miserable man will be crying for a son. Just look at these beautiful, intelligent girls. I rejoice with them, parents.”
See the tweet below:

Awesome. If you educate a woman, you educate the family and the community. https://t.co/t6iIqRGZWb