A man has been shamed in a most dramatic way by his wife for cheating on her. 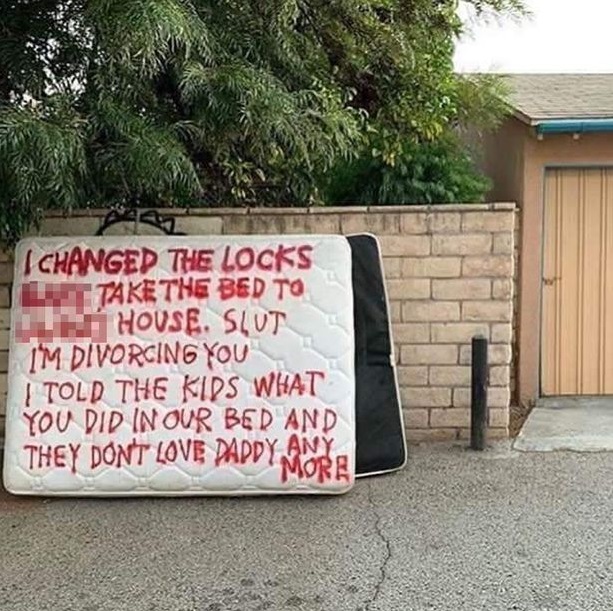 The woman shamed her man for cheating on her
A wife has taken an unconventional method to shame her husband after finding out that he has been cheating on her.
The aggrieved woman publicly shamed the cheating husband and later went on Reddit to explain what she actually did.
The woman got revenge on her cheating husband by spray painting a message on their mattress and leaving it outside the house for her cheating husband, and the neighbours, to find.
In the message written on the mattress, she explained that she has told the children what he did and that she's divorcing him.
The message, written in red paint, reads: "I changed the locks [his name]. Take the bed to [her name]'s house. Slut. I’m divorcing you. I told the kids what you did in our bed and they don’t love daddy anymore."
She placed the mattress outside the house for her estranged husband to pick up when he returns. This also meant that neighbours got to see the mattress.
Some took sides with the woman while some said she went too far.
Top Stories