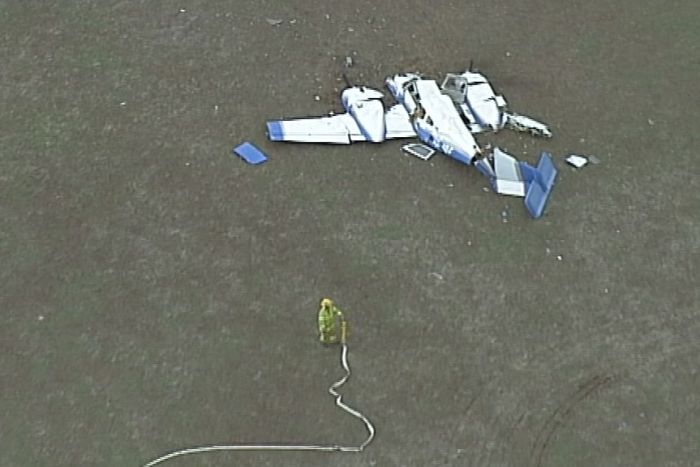 The scene of the crash

It has been reported that as many as four people have been killed in a mid-air collision between two light planes in Australia on Wednesday.

The crash scattered a debris across a rural area north of Melbourne, according to TheGuardian.

Police said the two twin-engined aircraft were each carrying a pilot and a passenger when they crashed around 4,000 feet (1,200) above the town of Mangalore.

Images from the crash scene on the ground showed twisted metal and chunks of fuselage scattered in a field and among trees.

Police said both planes were flying legally in the area but investigations were ongoing.

“We’re not sure why both aircraft were exactly on the same trajectory or why they were in that area but unfortunately they have collided mid-air,” Police Inspector Peter Koger said.

One aircraft had just taken off from the nearby airfield but the other plane’s origin was still unclear, he added.