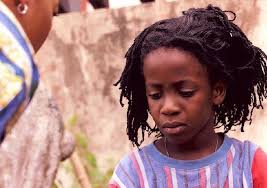 A child born with natural dreadlocks

A child born with natural dreadlocks is unique, especially among some African countries; and they ascribe to them somewhat spiritual capabilities such as gift of healing and ability to foresee future, among others.

It is startling to note that fashion enthusiastic presently design dreadlocks to make up special trendy outlook, not minding the spiritual virtues or vices believed to be inherent in dreadlocks.

Stylists describe dreadlocks as Rastafarian hairstyle, especially in Jamaica, in which the hair is washed but not combed and twisted while wet into tight braids or ringlets hanging down on all sides.

However, critics say it may be untrue that dreadlocks originated in Jamaica because many cultures have worn dreadlocks from birth before, even in Africa.

In Nigeria, especially among the Yoruba, “Dada’’ is the name given to someone born with dreadlocks and such a child is believed to be associated with power and magic.

The child with natural dreadlocks is believed to be so powerful to the extent that it is often said in Yoruba language that a “Dada’’ can never go broke; and will never be in want of anything.

Also, in some traditional cultures, the belief is that dreadlocks are worn to manifest supernatural powers and help to conjure spirits.

Beyond the Yoruba, “Dada’’ can be found in almost every culture and they are respected with the belief that they possess supernatural power.

In some extreme beliefs among Nigerian families, children born with dreadlocks are regarded as gods and in some instances, they are offered to the shrine.

Shaving of dreadlocks, it is believed, must be accompanied with a special ritual to be performed by a chief priest who will keep the shaved hair as medication in the event of the child’s sickness.

Among the Igbo, children with dreadlocks, called “Elena’’ (Child King), are believed to the reincarnations of deities or great men and women.

Generally, people believe that their strength and overall good health are tied to their hair and it must not be handled casually.

In their formative years, parents believe they are fragile and they must take good care of them in all manners.

Also, apart from the mother, no other person touches the hair and if any person does it in error, it is a belief that such person must give money to the child or tie a cowry to their locks to prevent the child from falling sick.

But in modern days, locks that were hitherto perceived to be dirty and mystic, are fast becoming trendy across age brackets as more people accepted it as part of culture. 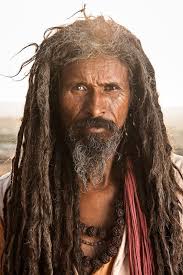 Families are also increasingly locking the hair of their children and hence it is generally hard to even distinguish a natural born “dada’’ and a made one.

Stylists note that dreadlocks have taken a modern form and have been adapted into the modern expression of the fashion world.

According to them, it has brought about many irresistible hairstyles for both men and women, young and old. 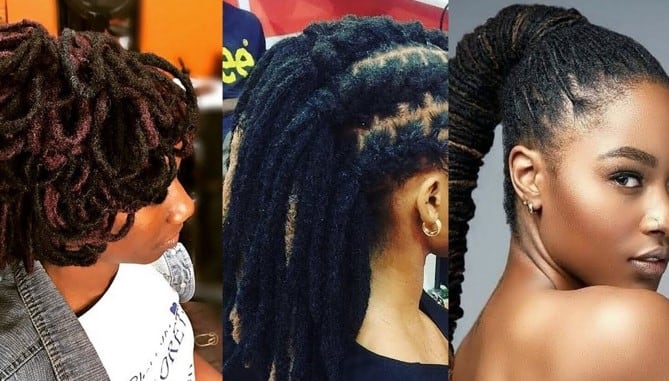 It is really intriguing as dreadlocks are making incredible waves and are really used by both fashion inclined people and individuals, ranging from the stylists, men and, of course, women.

A dreadlock carrier, Mrs Essien Blessing, explains that her reasons for keeping dreadlocks are just based on fashion.

She says: “People have different coloration to keeping dreads but my own is just a fashion thing I am more comfortable with it than other hairstyles; I don’t longer have to visit the salon all the time.

“Before I have to go to the salon every two to three weeks to do my hair, but now I can stay up to four months without visiting the salon.

“Once you lock your hair you can carry it for a long time before you think of visiting the salon to maintain it.

“But I also think to grow dreadlocks is very expensive because not everybody knows how to do it, not everyone is into it’’, she explains.

Mummy Keke, another dreadlock wearer for 19 years, notes that she does not really care about the stigma people attach to dreads but as for her, locks has become her signature.

“My locks is 19 years now, I decided to try locks when I got tired of undergrowth and relaxing and my hair grew so fast because there was no more chemicals and relaxer in it.

“Initially I wanted to wear it for a short while but as time went on I discovered that it saves time and money, and I consulted my stylist; and now I don’t need to spend money on hair attachments again.

“The problem some people have with their locks is that they don’t keep it neat, as for me, I wash mine regularly and I use coconut oil on my scalp to prevent dryness,’’ she says.

Dr. Innocent Ohiegu, practicing pediatric doctor at Wuse District Hospital, Abuja, observes that there has not been any medically linked cause of dreadlocks.

“For now there is no medical aspect of it, I cannot say it is hereditary because in some cases you see parents who from their generation don’t have it but gives birth to children that have it.

“I cannot also tell if it is some formation of cells that brings about it or not because much attention has not been paid really to children that are born with dreadlocks.

“But I think it is more of spiritual belief, those people that have it, you normally see them with so many spiritual advantage and benefits.

“I know of some of them that would never allow you touch their hair, even when they want to cut the hair they go into sacrifices and prayers’’, he explains.

The wearers of dreadlocks say they are confident possessing the locks just as Mr Adewale Samson, a resident of Abuja, one of them says he was born with dreadlock and has always been a special child.

“People with “dada’’ are very special, you don’t force them to do things; they have a mind of their own and can be somewhat stubborn.

“I see vision and sense evil before it happens, when I was much younger, nobody was allowed to touch my hair until I was seven years old, then my parents decided to cut it on my approval after prayers,’’ he said.

Mrs Bilikisu badmus, a mother of two children with dreadlocks also has a similar opinion as she feels her children are very strong willed.

“Both of my sons came with natural “dada’’ and they are very unique, at times they display certain level of maturity beyond their age.

“I don’t touch it unless they approve, most times when I force them to wash the hair against their wish the fall seriously sick,’’ she explains.

Irrespective of the misconceptions and perceptions of the public about dreadlocks, they are worn by almost every culture as a popular lifestyle; their culture or religion notwithstanding, while more celebrities have adopted locks as a standout lifestyle, not minding the stigma.