A really young girl has gone missing from sight while she was going to plait her hair in Ikorodu in Lagos state. 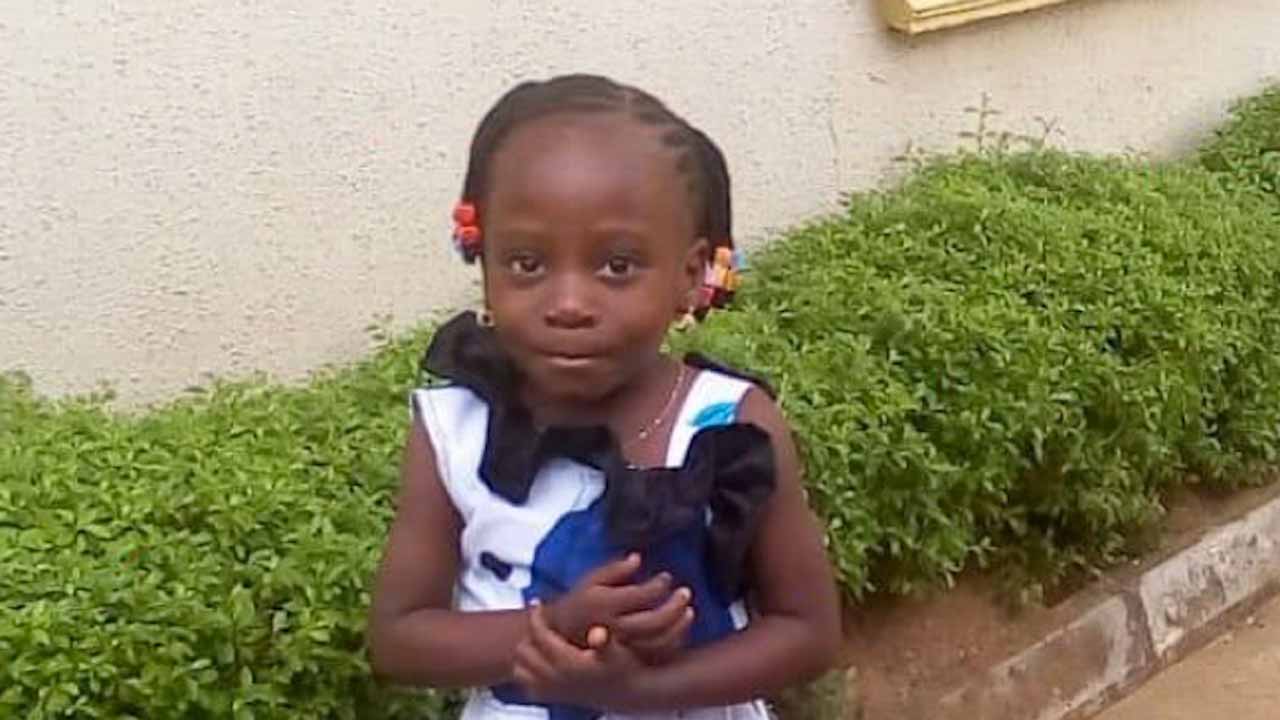 According to TheGuardian, a four-year-old girl, Pamilerin Babatunde, has been declared missing by her mother few hours after she was asked to plait her hair at their hairdresser’s shop few houses from their home situated at No. 3, Agboola Street, Lambo Lasunwo road, LASPOTECH first gate, Ikorodu area of Lagos State, on Sunday, February 16, at about 3:00p.m.

The mother of the missing child, Fatima Adedokun, who is physically-challenged, narrated that she had gone to check why the hairdresser had not sent her daughter back home in the evening of same day since she left home at about 3:00p.m. and was shocked when the hairdresser said her daughter had not come to her shop at all.

“This is not the first time she would be going to the salon, she has been going before now because the salon is very close to our house. It wasn’t my wish for her to be going there alone, but I had no choice because of my condition, I am physically challenged and I wanted her to start doing some little things by herself, so she can be able to assist me. She left home at about 3:00p.m. on Sunday and we are yet to see her since then,” she narrated in tears.

Pamilerin’s mother also revealed that the case has been reported at the Sagamu Road police station in Ikorodu, Ogijo police station as well as a community radio station based in Ikorodu. She called on Nigerians to help her to find and bring back her missing child. Anyone with useful information should contact her via 08036137590.