A student of the University of Lagos has exposed the shocking state of hotels in the school. 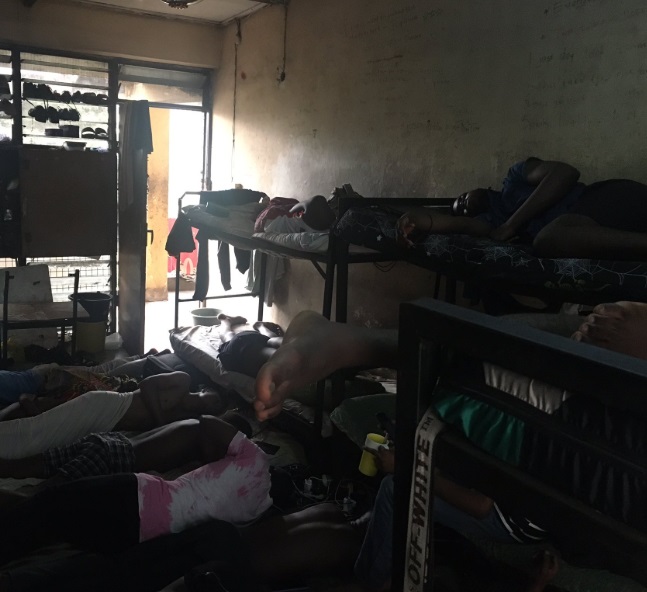 Inside the deplorable UNILAG hostel where students sleep on the floor.
A Twitter user who claimed to be a student of University of Lagos has shared photos of the deplorable state of the hostels and rooms students sleep in every day.
In the photos he shared on Twitter, students could be seen sleeping on the floor in the middle of the room as all the bunks were occupied. More than 8 bodies can be seen lying on flat mattresses on the floor of the small dorm room.
The condition means that if a student wakes up at night and needs to use the bathroom, he'll have to climb over sleeping bodies to leave the room.
The Twitter user revealed that the photo was taken in Jaja Hall, University of Lagos.
He added that the rooms are "dominated by squatters that have no other options because the university doesn’t have enough bedspaces to accommodate students." 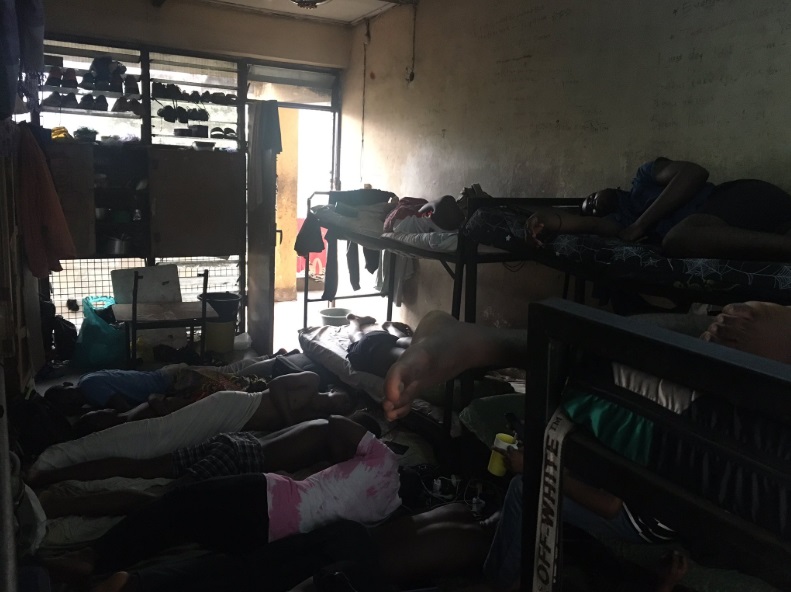 He went on to reveal that he sleeps on a "slab" as no bed space was allocated to him.
Sharing the photos, student Akorede Ayanbisi wrote: "A view of how we live in school hostel, and after all these struggles and suffering to get the degree, the labour market isn’t even assured. E go be."
He added: "This is Jaja Hall, University of Lagos. A 6 man room dominated by squatters that have no other options because the university doesn’t have enough bedspaces to accommodate students. And apartments off campus is very expensive, they cost between 300k to 700k per session. 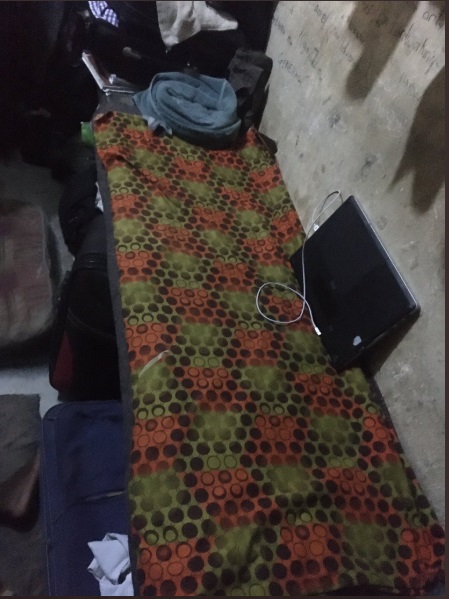 "What if I tell you guys this is my own bedspace, I balloted for bedspace but I didn’t get. I have no option than to sleep on a slab, because the school has limited bedspaces and apartments off campus cost between 400k to 700k per session. Federal uni needs to do better." 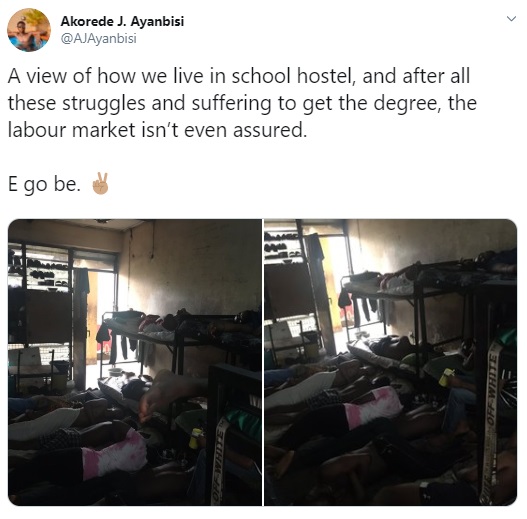 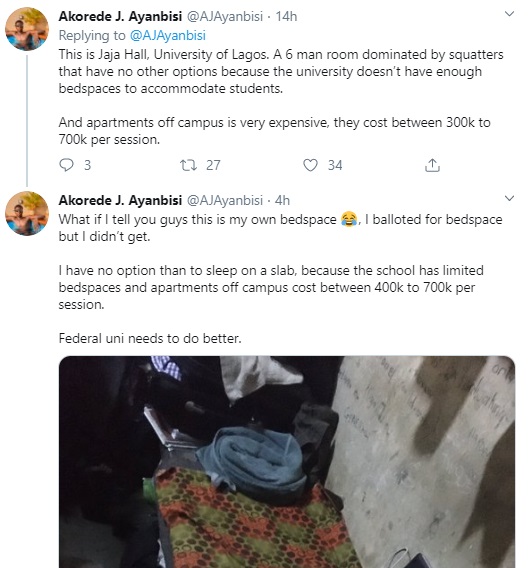