Details have emerged showing why a Peoples Democratic Party Governor decided to rule his state from Abuja for the past 2 months. 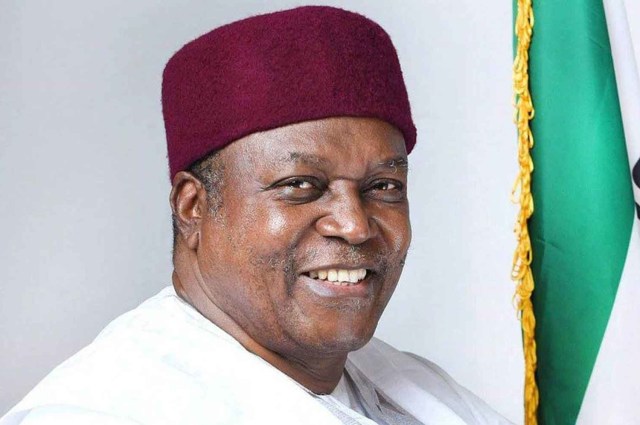 Darius Ishaku
Taraba State Governor, Darius Ishaku, has been governing the state from Abuja since December 2019, says Senior Special Assistant to the governor on Media and Publicity, Bala Abu.
This was contained in a statement issued by Abu on Thursday evening in Abuja.
According to him,  the governor is staying in Abuja to recuperate from an accident he earlier suffered.
He said, “As a result, His Excellency had to stay back in Abuja to receive adequate medical attention.
“His Excellency is desirous to return to the state and will do so when he has sufficiently recovered.
“We urge the good people of Taraba, their friends and admirers in and outside the state to ignore the campaign of falsehood being orchestrated by some people calling for the impeachment of the governor.”
Abu said the governor’s absence had not affected the state in any negative way.
“No aspect of governmental activities has suffered a setback as a result.
“All government projects are going on smoothly and the government has continued to meet its obligations to contractors while progress is being monitored by appropriate government ministries and officials.”
He added that the 2020 budget has been implemented while salaries of workers, pensions, and gratuities are also being paid promptly.
According to him, it was wrong to claim that the governor had breached Section 190 of the 1999 Constitution (as Amended) by not transmitting power to his Deputy.
“The said section of the Constitution 190(2) speaks of a transmission of power only when the Governor proceeds on vacation or is otherwise unable to discharge the functions of his office.
“In this case, the Governor is not on vacation and he is not unable to discharge the duties of his office. He has been conducting his official duties diligently.
“Government activities are not at a standstill. Governor Ishaku has not breached any part of the Constitution.
“He remains focused and irrevocably committed to peace and the socio-economic development of Taraba State,” Abu said.
(NAN)
Top Stories