A woman has taken to her social media page to expose a househelp who stole thousands of naira from her piggybank. 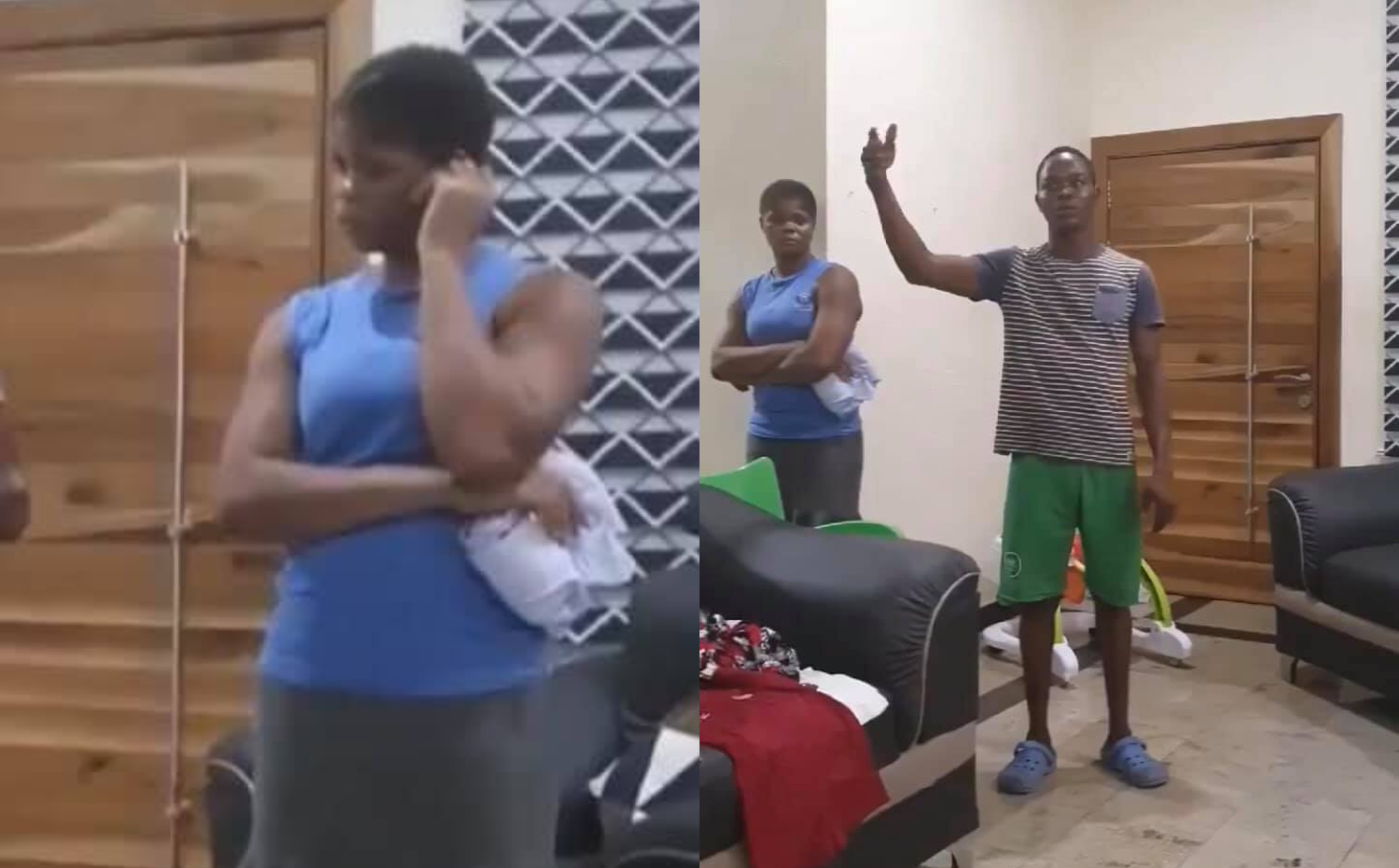 The househelp was caught after stealing from her madam
A househelp has landed in serious trouble after stealing from a Lagos family that employed her two weeks ago.
The househelp identified as Esther USEN Achiebong from Cross River State was alleged to have stolen money and was confronted by her madam.
Tracynither Nicolas Ohiri who shared the story, said that Esther had only worked for her for 13 days before stealing her children's piggy bank which had N64,000, clothes and household items. Upon being confronted after the security guard confessed to knowing about the theft, the househelp reportedly ran into the guest toilet with a knife.
Ohiri wrote as she shared the videos;
"This is Esther USEN Achiebong from Cross Rivers State. She has worked with me for only 13 days. For these 13 days she worked for me, she stole my children's money worth N64,000 (she broke their saving box and sealed it back) cloths and Household items. Her elder sister who works with Garment Care comes to the gate to pick the items up from her every evening. She pretends she is going to buy recharge card carrying those items in a Dustbin nylon. Besides her Salary is N50k.
Fellow Campers I searched Esther's wallet and found some phone numbers. I just spoke with one Mrs Uzo Ayonnuke & to my shock the woman said Esther Stole so much from her & they have been looking for her since December
After the last lady she worked for spoke to her through my phone, Esther stood up, ran into my kitchen, grabbed a Knife and ran into my guest toilet & locked herself. We have called the police, they are on their way."
She further revealed that she and the househelp's former boss whose jewelries was also stolen, have reported the incident to the police and are waiting for a court trial.
Ohiri wrote in a rejoinder post:
WE WANT THE MATTER CHARGED TO COURT.....!!!
This was us this morning at the police station. Esther Usen (Achibong) worked for and stole from us. From her confession so far it is deeper that what we thought it was. It is not about the money or the things she stole, we want to get to the root of this Matter so as to save other families from falling prey to Esther Usen and her gang.
For those saying that Esther is old at 25 years to be a Househelp, I don't work with under aged girls. If you are not 25 years and above, I have no business with you as a Househelp. Thanks 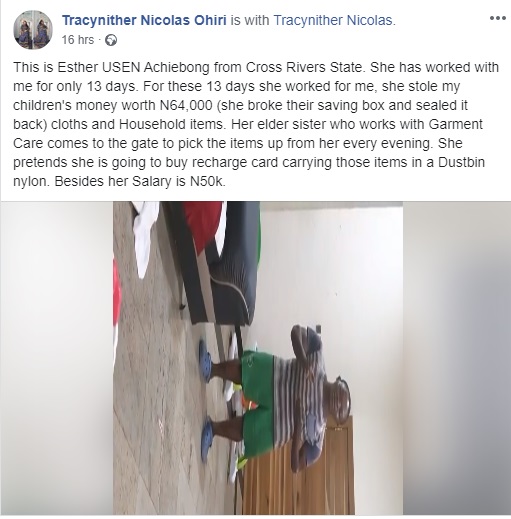 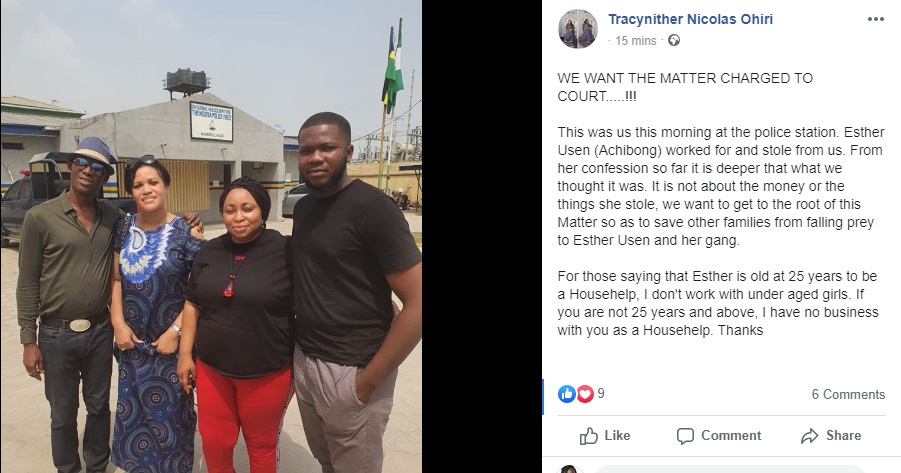