About 87 Shiite members arrested and detained for allegedly killing a soldier have been discharged and acquitted. 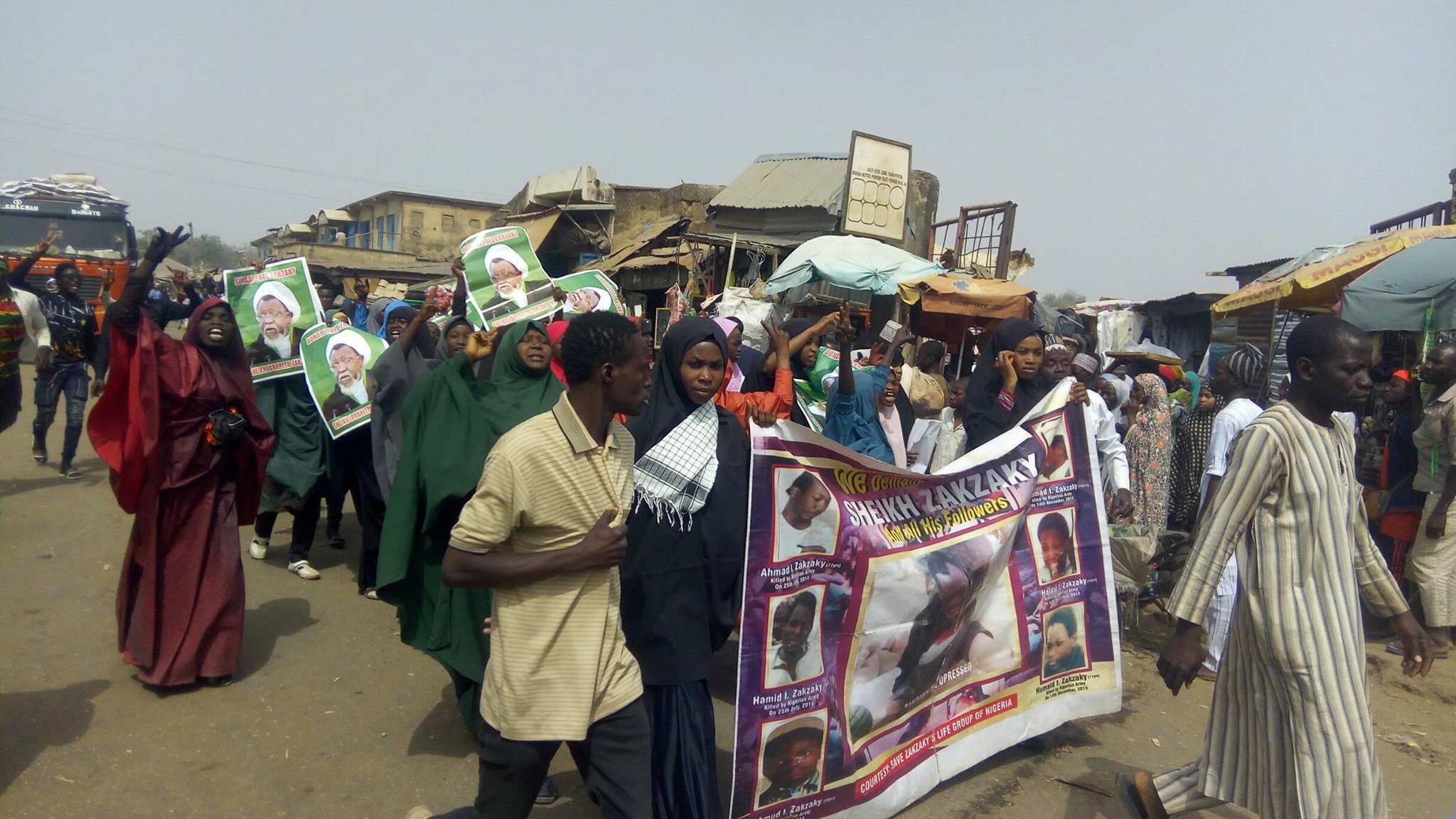 Shiites during a procession
A court in Kaduna state on Friday released 87 members of the Shiite group accused of killing a soldier following clashes with troops more than four years ago, their lawyer said.
According to a report by AFP, the members were “discharged and acquitted” tfor lack of evidence linking them to the death of the soldier during the bloody encounter in December 2015.
Founded by Muslim cleric, Ibrahim Zakzaky, in the late 1970s and inspired by the Iranian Revolution, the IMN has been at loggerheads with the Nigerian authorities for decades.
Troops launched a ferocious clampdown on the group in the northern city of Zaria in 2015 when members blocked the convoy of the army chief of staff during a religious procession.
Rights groups said some 350 IMN members were killed and buried in mass graves after two days of clashes in which their leader Zakzaky was blinded in one eye and arrested along with more than 200 supporters.
Last year, more than one hundred detained members were released in two batches after they were acquitted by the court.
But Zakzaky and his wife Zeenat are still behind bars on charges including “culpable homicide” despite previous court rulings ordering their release.
The lawyer said he would continue to push for the release of the Shiite leader.
“We will now focus our attention on the trial of Sheikh Ibrahim Zakzaky,” Magashi said.
Zakzaky’s continued detention has led to street protests by IMN members in the nation’s capital, Abuja, sparking violent clashes with security forces that have claimed dozens of lives.
Last July the Nigerian government listed the IMN as a proscribed terror group, banning their activities.
Shiites make up a small minority of Muslim believers in mainly Sunni northern Nigeria.
Top Stories