World heavyweight boxing champion, Anthony Joshua has been pictured posing with Nigerians as he displays his belts. 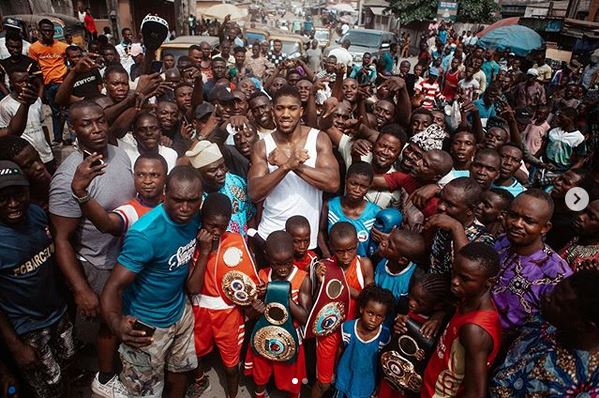 World heavyweight boxing champion, Anthony Joshua, on Friday, posed with some of his fans in Nigeria.

In a tweet on Friday evening, Joshua posted pictures of himself flanked by fans including children displaying some of his belts.

With the tweet, Joshua wrote, “I hail o!” adding a proudly displayed emoji of the Nigerian flag. 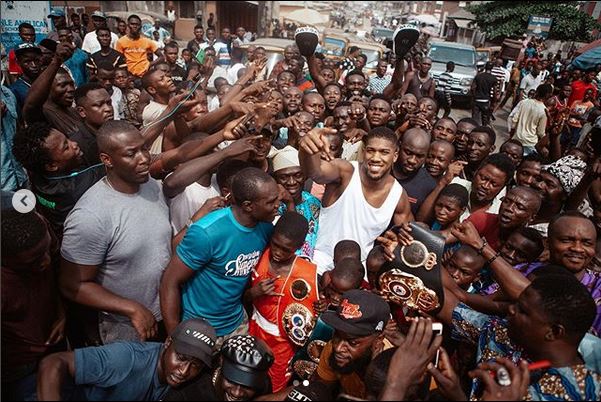 Joshua had on Tuesday, visited Sagamu – his home town, where he received a hero’s welcome.

During the visit, he met with the Akarigbo of Remo and other traditional rulers.

He made his debut alongside his cousin, Ben Illeyemi, who is also a professional boxer, in 2013.

According to reports, Joshua spent some of his early years in Nigeria and was a boarding school student at Mayflower School in Ikenne.