Police officers have dispersed residents protesting the killing of a footballer by SARS officials with a live bullet. 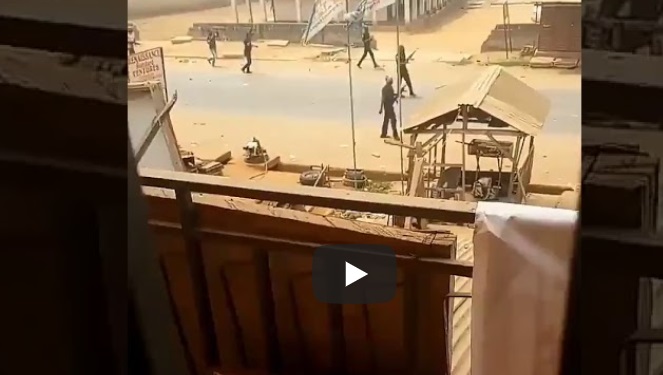 Police officers at the scene of the protest
Five persons, including two policemen, were feared killed after hundreds of protesters including women and children flooded streets in Sagamu, Ogun State to register their anger over the death of footballer Kazeem Tiamiyu, according to TheNation.
Recall that Tiamiyu, a player with Remo Star Football Club, was killed on Saturday after policemen attached to the Zonal Intervention Squad (ZIS) arrested him on allegations of being a Yahoo Boy.
Video below: