A man and his fiancee from Imo state but converted to Islam are set to tie the knot soon. 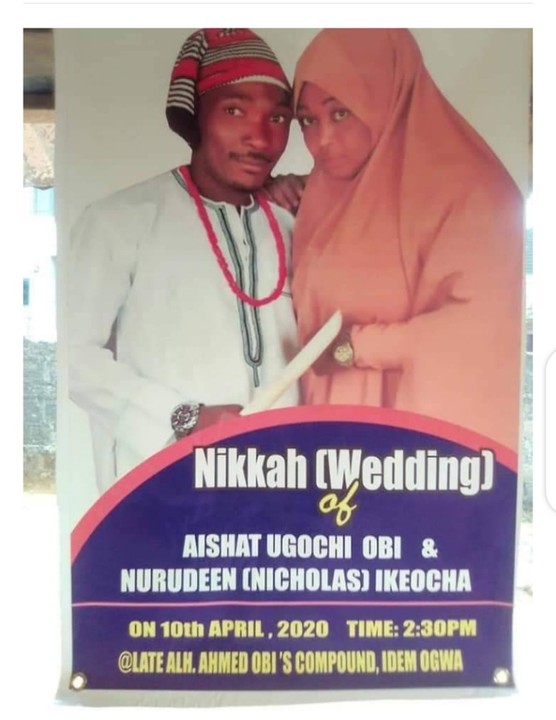 The two lovers
A man and woman from Imo state who converted to Islam are set to marry. The lovers - Aishat Ugochi Obi and Nurudeen (Nicholas) Ikeocha - will be tying the knot on the 10th of April 2020.
The couple's marriage will be the first Igbo Islamic marriage in Imo state as stated by a social media user who shared the photos on Nairaland.
He wrote:
"There have been this notion that Igbos are all Christians, well I present to you, the first open Igbo Muslim marriage. Igbos are know to be very accommodating. Many have had this erroneous belief that Igbos don’t have Muslim brethren but in fact many Igbos have heard many positions in the Islamic arena.
We have the likes of Sheikh Abdullahi Adam Idoko, who is the Chief Imam of University of Nigeria Nsukka. Ustaz Christian Isah Okonkwo, who was made the Chief Imam of University of Ibadan in the 1980s, Alhaji Abudulaziz Chibuzo Ude, who is the founder of Nok Publishers and First African editor at Double Day.
These awesome couples are set to tie knot on 10 of April 2020 in Imo state Nigeria." 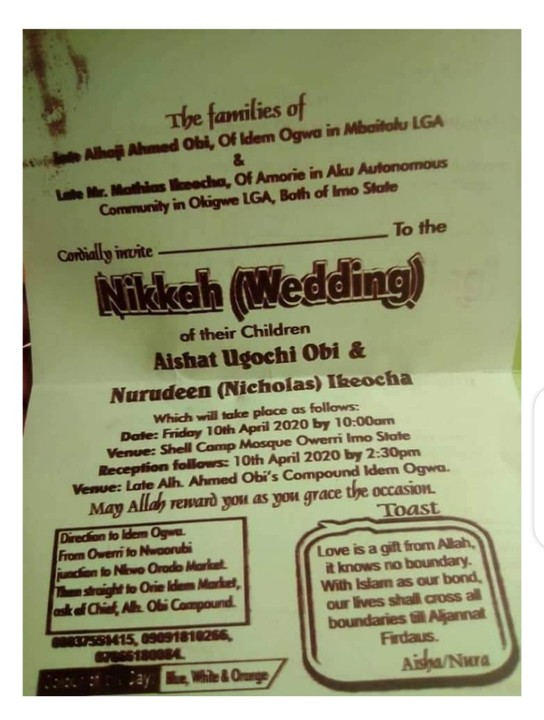