25 children have been rescued after Police officials discovered a baby factory in Port Harcourt. 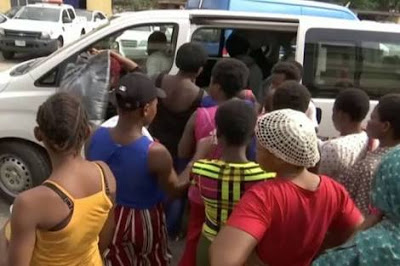 Police in Rivers State said on Wednesday that at least 25 children and six pregnant women have been rescued from a baby factory in Port Harcourt, the state capital.

The spokesman of the state police command, Nnamdi Omoni, said the development followed the offensive launched by the command’s E-Crack Team against the baby trafficking syndicate operating at Oyigbo and Trans Amadi in the Port Harcourt metropolis on Tuesday.

He said: “Following intelligence reports, our men discovered a baby factory and rescued 25 children and six pregnant women with some other suspects believed to be owners of the place. They are presently at Mile 1 Police Station.”

He said police had commenced moves to track down the other members of the gang.