The General Overseer of the Redeemed Christian Church of God has continued to receive words of commendation from friends as he celebrates birthday today. 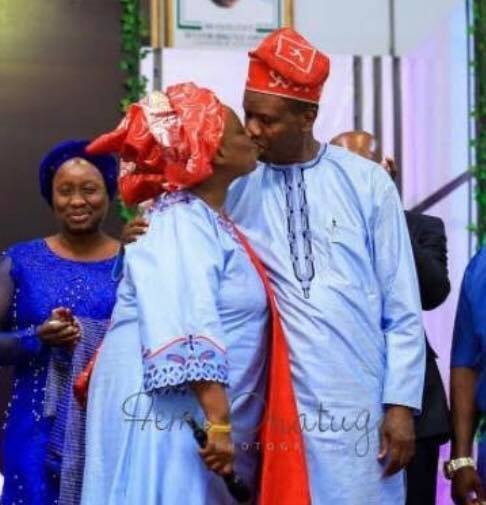 Pastor Adeboye and wife
As Pastor Enoch Adejare Adeboye celebrates his 78th birthday today, the man of God has given a hint about his past life.
He revealed that he was as lustful as every raw young man. He had girlfriends too.
Details of an encounter he had with his ex-girlfriend who came to him for prayers has been revealed.
The revelation was made by Bisi Daniel, journalist, writer, public relations consultant and author of “Stories of Pastor E.A. Adeboye, in a tribute Pastor Adeboye at 78: A journalist’s experience with him.
He shared the story which was inn Adeboye’s own words.
Read below:
“Before I was born again, I was a very rotten boy. I had two things going for me that made it extremely easy to have girlfriends. I was a sportsman and I was also a photographer. I’m yet to meet a lady who can say no when you say you want to snap her; I haven’t met one, particularly if you have the right kind of language.
Things like “Ahh, whoa! What am I looking at? Where has this sun been hidden? I have never seen this sunshine before. Do you mind if I record you?
You know the elders have a saying; they say the mouth of the old woman looks like she never sucked breast. Hmm, when you see Pastor Adeboye you think he was born a saint. No, no, no, Thank God for His power to change. I had so many girl friends that at a stage I didn’t even know the number.
And for each girlfriend there was a birthday. I had so many birthdays, one birthday for each girlfriend. I am just telling you this to let you know that God can pick one up from the pit of hell and make him or her His servant. Among all these girlfriends, there was one that was closest to me.
But after some time we separated: she went her way, I went my way. She got married, I got married. But in the meantime, I had become born again.
The lady had a child that was born lame, so somebody told her if she took the child to a certain pastor he would pray for the child to walk. So she came to the mission house.
I was in the living room but she saw some people on the veranda who asked for the pastor and was told I was inside. So she opened the door and saw me. Laughter, laughter, laughter.
And you know what old flames do, ‘Aaaah long time no see? Where have you been, how has life been treating you, excetra, excetra?
When we finished, she said, ‘I want to see the pastor.’
I said, ‘Yes, I am the pastor.’
‘You?’ She asked, surprised
‘Yes,’ I said
She shouted, ‘You will pray and God will answer?’
Let somebody shout Hallelujah! I prayed and she got her miracle.”
The Man, Adeboye
Adeboye was born on 2 March, 1942 in Ifewara, near Ife, Osun State, Nigeria. He went to the University of Nigeria, (UNN) in Nsukka but because of the Nigeria Civil War, he completed his first degree in the University of Ife (now Obafemi Awolowo University) graduating with a bachelor’s degree in Mathematics in 1967. That same year, according to writings by his admirers on him, he married Foluke Adenike. They have four children namely: Adeolu Adeboye, Bolu Adubi (nee Adeboye), Leke Adeboye and Dare Adeboye.
“In 1969, he obtained a master’s degree in hydrodynamics drom the University of Lagos . He joined the Redeemed Christian Church of God in 1973 and began interpreting Yoruns to English by Pastor Josiah Olufemi Akindayomi. In 1975, he obtained a Ph.D. in Applied Mathematics from the University of Lagos. He holds a position as Professor of Mathematics at University of Lagos.
He was ordained a pastor of Redeemed Church in 1977. He became General Overseer of the church in 1981. For three years, he filled the role part-time at University of Ilorin before giving up his university position to preach full-time.”
Top Stories