A musician has been blessed after man of God, Paul Adefarasin sowed seed in his life by raising thousands of dollars for him. 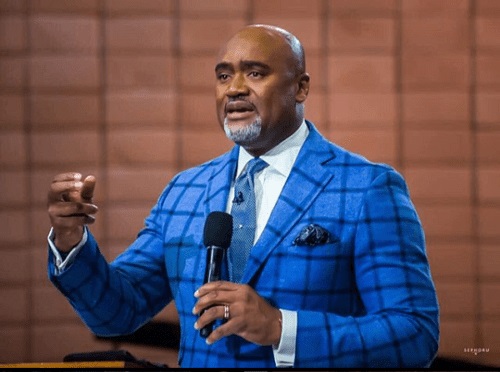 Pastor Paul Adefarasin
Pastor Paul Adefarasin, head of the House on the Rock church has shocked singer, Precious by raising thousands of dollars during his sermon on Sunday to aid him buy a diamond ring for his fiancée.
A video of the incident has left many people talking on social media.
After Precious rendered a special ministration during the Church’s service on Sunday, the man of God was blessed to sow into his life.
In the viral video, the Senior Pastor of the House on the rock church was heard saying “….where is precious, he is blessed with a unique voice…he is very anointed and sings in a way that gives God glory……come on here Precious….he clocked 25 on Friday and we need to make sure he gets married….I want to do something i don’t often do….I want us to bless him the way he blesses us, anybody want to join me in blessing him with a 1000 dollars each….”
Several members of the church stand and he says “Thankyou…now Precious, this is to buy a diamond carat ring to propose to your woman”
Watch video below: